Jeffrey Duane Krowiorz, age 63, died Friday, January 14, 2022, at his home in Albert Lea, MN after a lengthy illness of kidney disease and battling COVID twice in the past year. 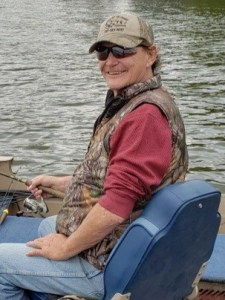 Jeff was born on December 28, 1958, in Wells to Clifford and Marlene (Sorenson) Krowiorz. He attended school in Freeborn. He was known as “Turtle” to his close friends. Jeff gained a lot of meat cutting experience working at JBS Swift in Worthington, MN, IBP in Storm Lake, IA and Quality Pork in Austin, MN. He then moved to Mauston, WI where he worked with his close friend Ron Gehle for many years laying and installing carpet in countless Army barracks. He then returned to Albert Lea as his kidney disease progressed to be close to family.

While in Iowa, Jeff had two children, Tiffany Rose and Jeffrey Duane (J.D.). When he moved to Wisconsin, he met Laura Martellio, they were married and to them was born Nicholas James. He was later divorced but remained close friends with Laura.

Jeff loved his Minnesota Vikings, he never stopped talking about being at the “Minnesota Miracle” game with his sister Diane and niece Lynn. He would regularly try to get his brother John and John’s boys, Brandon and AJ, to take him fishing as often as he could. He also enjoyed hunting and trips to the casino. He loved music, with one of the last concerts he attended being Kansas at the Freeborn County Fair with his brother John and niece Ashley. One of his fondest memories was when he met both his granddaughter Gabby and grandson Trae at the same time, one baby for each arm! Jeff was always armed with a good story, a Dr. Pepper and Jolly Ranchers. He will be greatly missed by his family and friends. A celebration of Life is being planned by the family for early summer, 2022. Blessed be his memory.