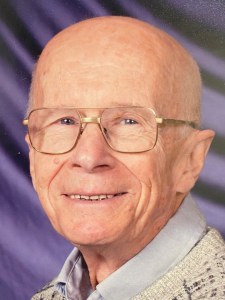 Ronald was born on October 9, 1937 in Albert Lea, Minnesota to Glen and Lillian Miller. He attended and graduated from Albert Lea school. Following graduation, he enlisted in the Air Force. His son, Michael, was later stationed at the same Korean base as Ronald.

Ronald married his soulmate and love of his life, Suzanne Stewart Hill, on January 14, 1977 in Colorado Springs, CO. Ronald and Suzanne made their home on the family farm where they raised their children Michael and Caroline.

Ronald worked at Farmstead meat packing plant in Albert Lea and retired when it closed. He then went on to being the custodian at the Alden- Conger school, where his children attended school. He retired from the school district in 2002.

Ronald’s biggest pride and joy was his children and grandchildren. Ronald enjoyed watching his children’s involvement in various school activities.

One of Ronald’s favorite time of the year was the summer vacations spent with his sister, Nancy, and her family. Including a camping trip with a visit from the tame skunks and the last several years at International Falls and spending lots of time fishing. Ronald especially treasured spending time with his 5 grandchildren.

Ronald enjoyed hunting in his younger years but as he got older found more joy in the wonders of nature. He was so kind that he would catch and release any bugs or spiders found in the house rather than kill them. He set up numerous feeding stations around their home for a variety of animals. He enjoyed watching the birds, deer, pheasants, squirrels, rabbits, and turkeys feast on what he left for them. His binoculars and book of birds was always within his reach. He often cared for orphan animals until they were strong enough to survive on their own outside. Baby ducks, rabbits and woodchucks were often tended to in the house. Ronald once had baby ducks in the bathtub which earned him the nickname “Daddy Duck” by his niece.