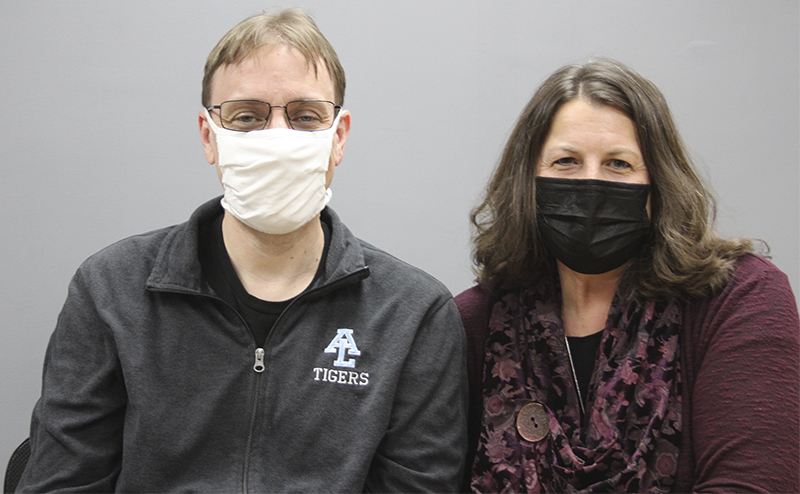 If you haven’t done it yet, this is the last weekend members of the Albert Lea Teacher of the Year Committee will be accepting nominations for this year. Nominations opened last week and will be accepted through Tuesday.

“The Teacher of the Year Committee, we like to say, is a way of highlighting and celebrating the handwork and the impact that teachers have on the community,” said Mark Nechanicky, a fourth-grade teacher at Lakeview Elementary..

Anyone in the community can nominate a teacher, and forms are sent out to families and are available at each of the district’s school buildings. They can also be found on the district’s website at https://docs.google.com/forms/d/e/1FAIpQLScJ9o0biBo58uoNinSokdPJ60y-zy7LwTQjszyg9cvOhF2TUw/viewform.

“Anyone can nominate any teacher and they don’t have to have had classes that particular year,” he said. “There’s no requirements. It’s just a very very open community nomination process.”

In typical years, committee members will receive 70 to 90 nominations.

To be clear, determining Teacher of the Year doesn’t necessarily mean picking the best teacher. There isn’t even defined criteria. It simply means picking one to celebrate.

“Basically you’re looking for teachers that have had some kind of impact that resonated with somebody enough to feel and take the time to nominate that person,” he said.

That means the nominee has impacted someone enough for the other person to want to talk about it.

People can nominate as many teachers as they want, and it’s not just traditional teachers at the elementary, middle or high school.

“We have our alternative learning center teachers, you have teachers that are teaching at the high school and college schools,” he said. “You’ve got all the special education teachers that are embedded in the different buildings. We have early childhood teachers, we have adult basic ed teachers.”

Nominees must be currently teaching and tenured.

“There’s not a checklist that you can figure out,” he said. “It really has to be this committee of community members and your co-workers and your admin and your school board.”

After nominations are closed, the 27 members of the committee — compromised of teachers from each elementary school, the middle school and high school as well as early childhood staff, school board staff, administration and community members — looks at them and will ask building representatives to clarify what each nominee does.

“It’s so fun to hear the different stories of how different teachers have impacted students,” said co-chair Jacque Sorensen, a special education teacher at Sibley.

They’ll then rank and vote nominations to determine finalists.

“You just seem to have a set that catches the committee’s eye,” he said.

Finalists will be notified and are asked to submit biographies.

Then there are more committee meetings to discuss the nominees, and all finalists will get tea and/or coffee and cake at the high school on Feb. 23.

But by having voting in the spring, Nechanicky said it gave the winner more time to prepare for the state competition.

“We came into education for a purpose,” Sorensen said. “Promoting and encouraging and celebrating our fabulous co-workers is what it’s all about.”

Kevin Gentz, a math teacher at the high school, is the district’s current Teacher of the Year, which will run from January through May.

“We don’t know if he’s going to be a semi-finalist or finalist until that gets announced,” he said.

Nechanicky has been on the committee for 10 years, Sorensen for over 20 years, and the two have been co-chairs for the last two to three years. The entire committee is made up of volunteers.

“It’s a fun process actually cause you learn,” Nechanicky said. “Even as a teacher at Lakeview, there are teachers at Southwest and the high school that I know their name but I don’t know [a lot about them].”

“And it’s a nice, positive pick-me-up for teachers to say what we do matters,” Sorensen said. “… You don’t always know that and hear that.”