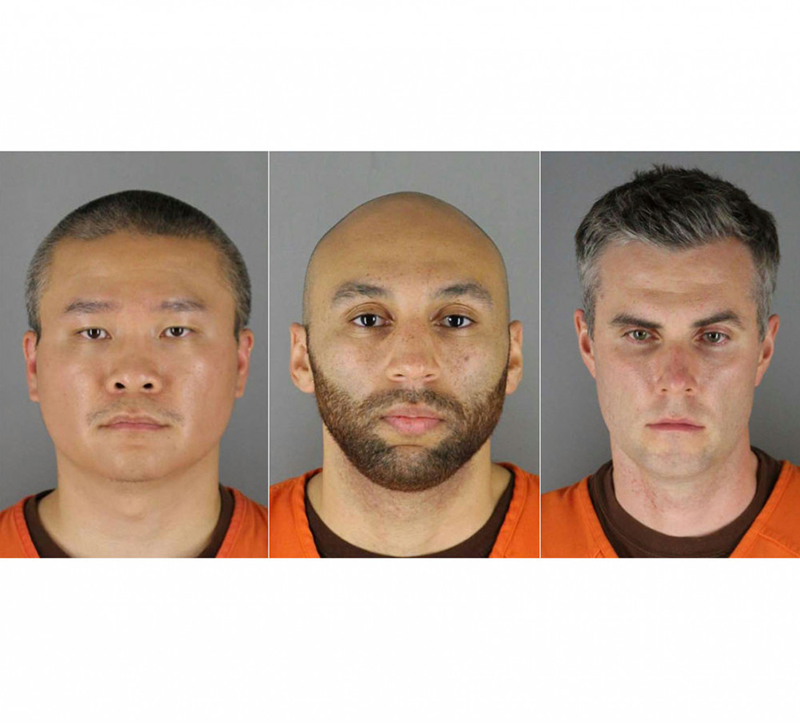 ST. PAUL — Three officers on trial for allegedly violating George Floyd’s civil rights were trained to use the least amount force necessary and had a duty to intervene against inappropriate force, the commander of the Minneapolis police training division at the time of Floyd’s killing testified Thursday.

Inspector Katie Blackwell said officers are required to try to de-escalate a situation and, if force is used, to stop once the person is no longer resisting, then render any necessary medical aid they’re trained to provide. While she didn’t mention the officers specifically, she went through department policy and the training required of all officers.

Federal prosecutors say former Officers J. Alexander Kueng, Thomas Lane and Tou Thao failed to act to save Floyd’s life on May 25, 2020, as fellow Officer Derek Chauvin knelt on the Black man’s neck for 9 1/2 minutes while Floyd was handcuffed, facedown and gasping for air. Kueng knelt on Floyd’s back, Lane held his legs and Thao kept bystanders back, according to prosecutors.

Blackwell testified that it is critical to move someone from a prone position onto their side, otherwise “the concern is that they would die in custody.” Body camera video shows that Lane twice asked if they should roll Floyd onto his side but was rebuffed.

Officers had responded to a 911 call that Floyd, 46, tried to use a counterfeit $20 bill at a corner store. The videotaped killing triggered worldwide protests and a reexamination of racism and policing.

Whether the officers deprived Floyd of medical aid is a key element to the charge, and prosecutors have sought to show jurors that responding paramedics were not given important information, and that Floyd should have been given medical attention immediately.

An emergency room physician on duty at Hennepin County Medical Center when Floyd was brought in testified that it was too late to save Floyd.

Dr. Bradford Langenfeld said paramedics told him that although they had tried to resuscitate Floyd for about 30 minutes, he never regained a pulse. He said further attempts to restart Floyd’s heart at the hospital failed, and he declared Floyd dead after about a half-hour.

On Wednesday, paramedic Derek Smith testified that he wasn’t told Floyd wasn’t breathing and had no pulse when officers upgraded the urgency of an ambulance call. Smith agreed with Sertich that CPR should have been started as soon as possible — something the officers were trained to do.

Paramedics put Floyd in the ambulance and took him to another location to be treated.

Robert Paule, Thao’s attorney, got Smith to say that he would have not have done that if it weren’t for the bystanders, who were yelling at officers to help Floyd.

Kueng, who is Black; Lane, who is white; and Thao, who is Hmong American, all are charged with willfully depriving Floyd of his constitutional rights while acting under color of law. One count against all three officers says they saw Floyd needed medical care and failed to help. A count against Thao and Kueng says they did not intervene to stop Chauvin. Both counts allege the officers’ actions resulted in Floyd’s death.

Prosecutors have argued that the “willful” standard can be met by showing “blatantly wrongful conduct” that deprived Floyd of his rights.

During opening statements, Kueng’s attorney, Tom Plunkett, said that Chauvin called “all of the shots” as the senior officer at the scene. Chauvin was convicted of murder and manslaughter in state court last year and also pleaded guilty in December to a federal civil rights charge.

Lane, Kueng and Thao also face a separate state trial in June on charges they aided and abetted murder and manslaughter.