My Point of View by Brad Kramer, Lindsay Kramer and Emma Palmer

On Thursday, Jan. 20, several members of the Albert Lea community attended an event in Austin where we had the opportunity to meet and listen to four of the Republican governor candidates. We were all very impressed with the candidates and decided to do a group My Point of View so a few of us could share our perspectives. The candidates were Sen. Michelle Benson, Sen. Paul Gazelka, Dr. Scott Jenson and Dr. Neil Shah.

Brad Kramer: I was very impressed with the grasp of the issues all the candidates had. Two were medical doctors who were exceptionally articulate, passionate and educated, who had a far better grasp of the pandemic than any other politicians in charge. We need non-politicized decision-making right now to get us past this pandemic and moving forward, which Dr. Neil Shah or Dr. Scott Jenson would bring. The common-sense answers and love of our country from each candidate was impressive. Each of the Republican candidates convinced me that they are passionate about their views and will stand by them.

Lindsay Kramer: As a centrist voter, I have never had a desire to attend an early season political debate. But after the last two years of life on Earth, I believe most humans desire a better world than what we are currently living in. For me, this means finding new opportunities, keeping my mind open for new experiences through learning, and growing. The invitation to attend the Minnesota governor’s forum allowed me to play a part in educating myself about the possibilities of a new governor to elect in November. I was pleasantly surprised by the warmness of the event itself. I was fortunate enough to speak with all of the attending candidates but one and felt immense gratitude that all of the candidates had very similar viewpoints on wanting change from the current control our governor has placed on our state. I didn’t expect to see such fondness for the people, after all, I was led to believe Republicans were non-empathetic and bullies like President Trump. You could cut the passion from these candidates with a butter knife. Statements like, “we need to give parents more control over their children’s education, so they can help mold them into the people they were naturally born to be.” After all, shouldn’t parents know their children’s natural born desires and talents better than any school administration? Another candidate spoke of the many changes that needed to be acted on immediately, but then admitted he was not running in this election to become a politician, but to make the necessary changes and then train his successor so that he could go back to his career and do what he loves. One candidate who especially caught my eye spilled his strong viewpoint like a volcano erupting, leaving nothing behind, and then plummeting into his chair as if he had just breathed his last breath. The room filled with hopeful energy. For me, this is just a beginning of gaining knowledge about the officials running to take office this next election. I would encourage you to all find a place where you can learn and grow this year to help be part of the betterment of our community, state and country. 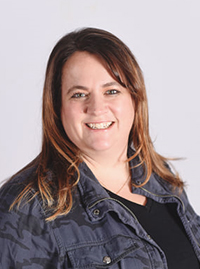 Emma Palmer: I really enjoyed listening to and learning more about all four candidates at the event. One of the questions that they answered that stood out to me was about vaccine passports and mandates. I am extremely glad that all four of them do not support forcing the public to have a vaccine card or to have been tested to go out to dinner at a restaurant. Another great response that they had was that all four of them all agreed that they will abide by the endorsement, so there should not be a nasty primary battle between the candidates. 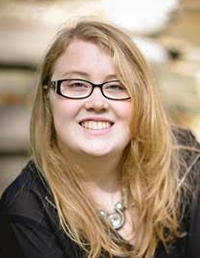 Who would you choose to be on a ticket?

Emma Palmer: I personally would like to see Sen. Gazelka become governor, and I wouldn’t mind if either Dr. Jenson or Sen. Benson were lieutenant governor. Gazelka has a good track record and in my opinion would be the best out of all four candidates because of his track record as a leader of the Senate.

Lindsay Kramer: At this moment, Dr. Jenson, and Sen. Benson as the lieutenant governor. Dr. Jenson’s knowledge level and passion make him an ideal governor, while Sen. Benson has excellent experience and insights into rural Minnesota.

Brad Kramer: I’d love to see either Dr. Jenson or Dr. Shah as governor with Sen. Benson or Sen. Gazelka as the lieutenant governor to bring a strong mix of political experience, new ideas and medical background to get our state back on track with a combination of sound policy and compassion.

Brad and Lindsay Kramer and Emma Palmer are members of the Freeborn County Republican Party.