Despite uncertainty, Minnesota farmers are hopeful they’ll have a good year 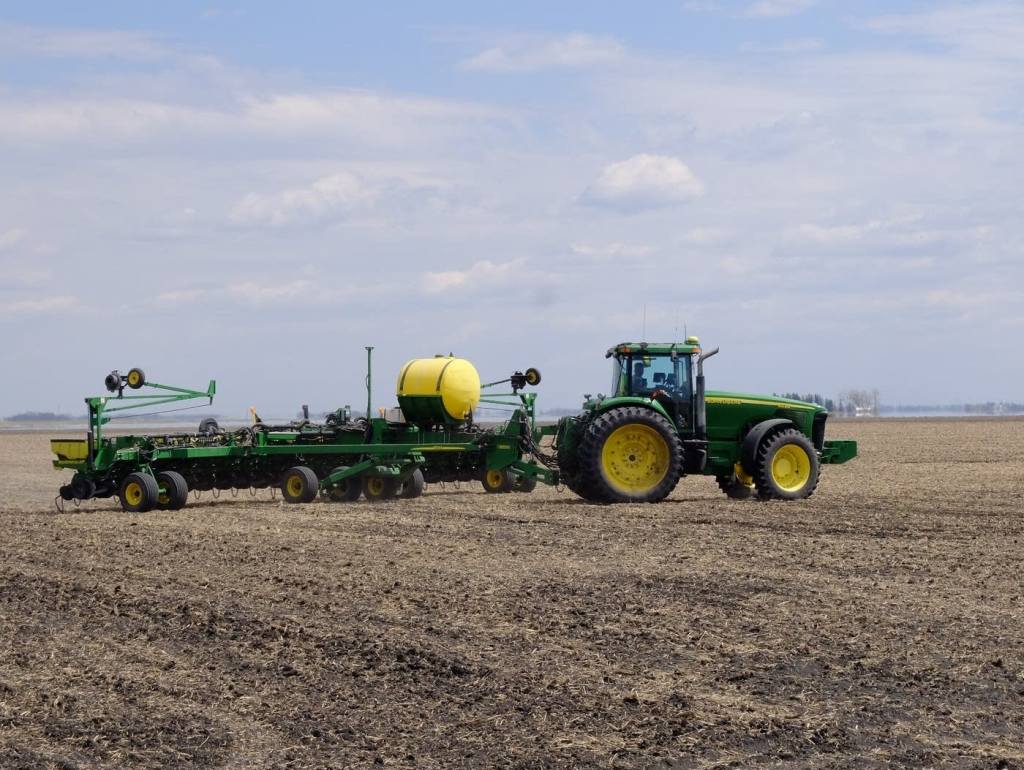 Seventy-year-old John Jensen plants canola on Monday, May 13, 2019, near Stephen, where he farms with his son Brian and daughter-in-law Betsy. Dan Gunderson/MPR News

Fertilizer prices have been rising since last year, partly due to the supply chain issues affecting so much of the economy, and higher prices for natural gas, a raw material in the manufacturing process. But the Russian invasion of Ukraine is pushing those prices even higher because Russia is a large exporter of fertilizer.

“I’m looking at my sheet right now,” said the Crookston farmer recently. “And it’s $1,580 per ton for anhydrous ammonia. We were lucky enough to lock it in for I believe $900 [per ton].”

Those are big savings in a year when, for some farmers, fertilizer could take a big bite out of their budget. Corn and wheat, for example, demand more fertilizer than soybeans to produce top yields.

In Kittson County, Theresia Gillie hedged against another rising farm input cost, like the fuel to run tractors and other equipment she uses to plant corn and soybeans.

“I actually locked in my fuel a couple of years ago, when the prices were really low,” said Gillie. “So I’m good for this year. I consider myself relatively lucky that I made that choice at the time.”

Gillie also bought fertilizer last year to make sure she would have an adequate supply for this year’s crop.

Gillie says herbicide prices are also higher this year and she’s anticipating shortages of some chemicals.

As prices for wheat, corn and soybeans went up sharply in recent weeks, there was speculation about whether farmers would switch crops this year and try to take advantage of higher prices.

Anticipated changes in crop production will be released at the end of March, when the U.S. Department of Agriculture reports the results of a survey of farmers’ planting intentions.

Christian Pester, who farms with his father, will stick with their planned rotation of wheat, soybeans and corn this year.

“For me, trying to play the market, you usually end up getting burned,” he said. “Say corn is worth more than soybeans and you grow more corn, nine times out of ten the corn market will go down and soybean market will go up.”

As part of his marketing plan, Pester sold about a quarter of this year’s as-yet-unplanted crop when grain prices recently spiked. Farmers typically sell a percentage of their expected crops in advance, but Pester says it’s important not to get caught up in trying to catch those prices at their peak.

Because the cost of planting is higher this year, experts are suggesting farmers buy a higher level of federal crop insurance, to be sure they can cover those costs if there’s a crop failure.

For farmer Corey Hanson, the higher prices are a benefit after a year when drought significantly reduced the harvest on his Norman County farm.

“I’ve got a little bit of cash corn left from last year and I sold some the other day for $7.25 a bushel,” said Hanson.

That’s well above the break even price for last year’s crop.

While those prices are good for this year’s budget, Hanson worries that, in the long term, rising grain prices are not necessarily a good thing, because they fuel inflation.

“Great commodity prices are nice short term,” he said, “But long term they’ve never ever made the American farmer rich because one thing leads to another and when it goes south, it goes south fast.”

Hanson said if grain prices get too high, buyers cut back on purchases. And higher grain prices drive other costs up.

Farm land prices and rental rates are up, says David Bau with the University of Minnesota Extension Service in Worthington. And those higher costs will linger even after crop prices fall from their current highs.

Bau helps farmers in southwestern Minnesota develop their budgets, and he says while there’s higher prices for farm inputs and uncertainty about the war in Ukraine and weather for the growing season in Minnesota, farm economics look good this year.

“This is a second year now I’ve done the budgets in this time of year where the prices are above our costs, which hasn’t happened the previous five years,” said Bau. “So that’s a positive we have right now even with the higher input costs, our grain prices are at such a high level we can cover those expenses.”