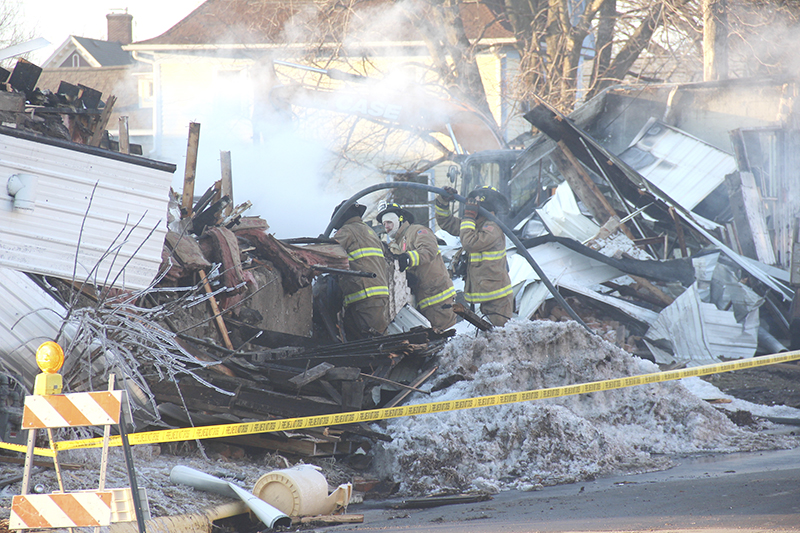 NORTHWOOD — Two families are without a home after a large fire in Northwood Monday morning destroyed a building that housed apartments and commercial storage units.

Northwood Fire Chief Blake Severson said firefighters were called to the fire at 11:30 a.m. at 520 Central Ave. When they arrived, they saw smoke and flames coming from the building.

The building was ultimately a total loss.

Severson said the roof collapsed during the fire, which led to the collapse of the entire building. An excavator was brought in to allow firefighters to extinguish the hot spots.

He said a few pets perished, but no other injuries were reported.

He talked about the importance of small towns having connections to the other fire departments in the area so when one needs mutual aid, the other nearby departments are able to help.

Central Avenue was closed for about five hours as firefighters battled the blaze. He said firefighters returned three times to extinguish hot spots.

The state fire marshal is investigating, and no information has been released about the cause or origin of the fire.

Severson said one resident is getting assistance through their employer, and Worth County Emergency Management is assisting the other family.

A GoFundMe account has been set up for one of the families here.