Vernon “Vern” “Ernie” William Rasmussen, 80, of Albert Lea, died Friday, March 4, 2022 following his battle with bladder cancer at his home surrounded by family…at the end of the work week…at exactly 5pm. A fitting departure for a man that worked until the very end. 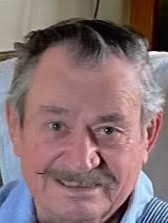 Vern was born August 20, 1941 to William and Esther (Wigern) Rasmussen in Albert Lea. He graduated from Alden High School in 1959. He then attended Dunwoody Industrial College for carpentry, while selling pots and pans to pay for his education. In 1960, Vern started working locally for S & S Contracting. On April 28, 1962, he married Rosalie Wichman. Together they raised two children, Tami and Sherri. Vern began his own construction company in 1971. He continued working until February 24, 2022, just days before his passing. He was a hard worker and loved being a craftsman. He has left a legacy of quality construction around our community for years to come.

Vern was an avid member of the Fountain Lake Sportsman’s Club, was a Golden Gloves Boxing Coach, and a member of the Early Bird Investors Club for over 50 years. He was also instrumental in getting catfish stocked in Fountain Lake during the late 70’s – early 80’s. Vern had a love of polka music, dating back to age 10 when he learned to play the accordion. He loved sharing his music with his friends and family, and polka dancing was a weekly event in earlier years.

In his free time, Vern enjoyed camping, hunting, fishing, and golf. To say he was a cribbage master is an understatement. He would create new ways to play cribbage, and loved sharing them with his friends. He also loved going to Canada to fish with a large group of guys every summer for 50 years.

He was preceded in death by his parents and wife, Rosie, in 2021.

The family prefers memorials be given to First Lutheran Church. Livestreaming will be available at www.bonnerupfuneralservice.com.