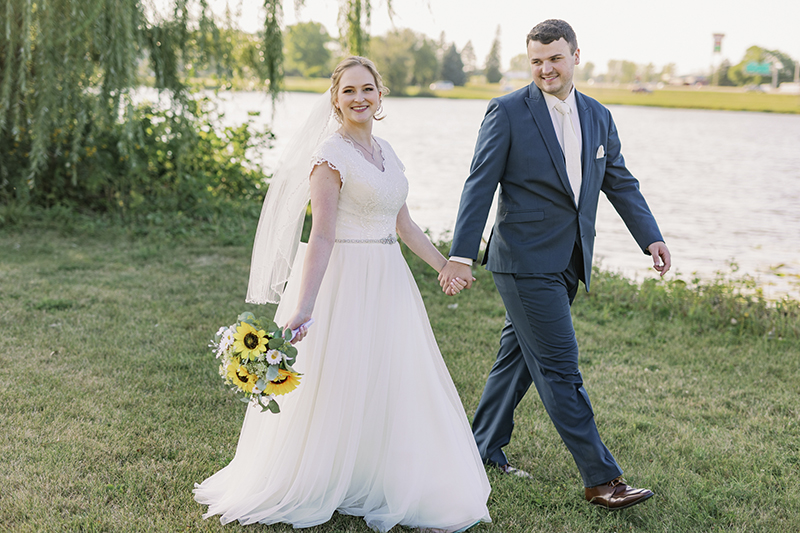 Anthony Wacholz and Emily Goskeson were married Aug. 21, 2021, at Westminster Presbyterian Church in Austin. The Rev. Michael Olmsted performed the ceremony, and the reception was at Austin Country Club.

Ushers were Eric Volkman, brother-in-law of the bride, and Jon Schmit, friend of the groom.

Hosts were Tim, Kim and Lexi Gerber and Don and Kim Nystel, friends of the bride.

Live piano and string music during the ceremony and fellowship were provided by friends of the bride: Lorene Strobel, Thomas Walker, Millie Masse, Dave and Margie Obst, and Ann Sundal. Vocals were provided by Lenette Baron and David Strobel.

The bride, of Albert Lea, is a 2011 graduate of E&E Academy Homeschool. She graduated in 2015 from Ridgewater College, earning a degree to become an activities director.

She is employed as an activities professional.

The groom, of New Richland, graduated from NRHEG in 2011. He graduated in 2017 from South Dakota State University as a doctor of pharmacy.

He works as a pharmacist.