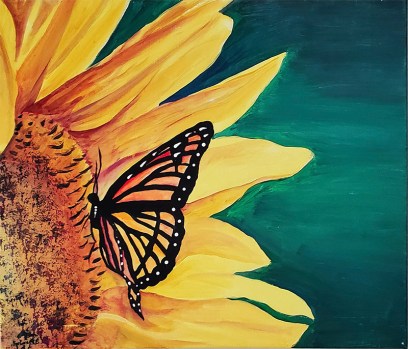 "Sunflower" made with acrylic by Judy Gordon 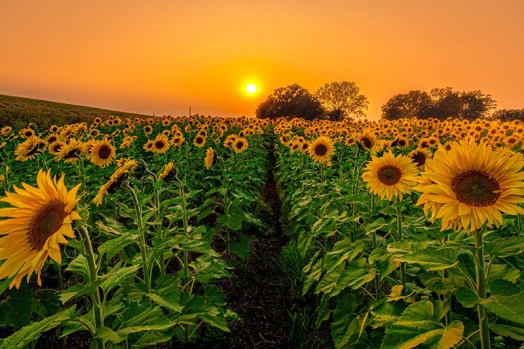 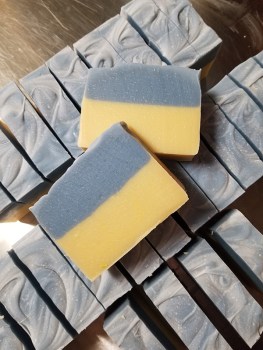 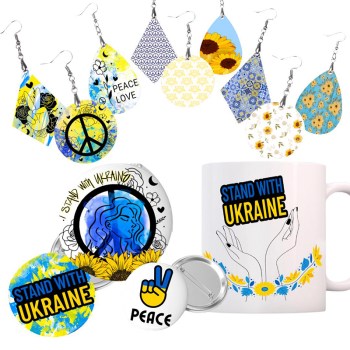 Items by Steph Rasmussen that will be for sale at the event. Provided

Local artists and makers are coming together later this month to raise money for Ukrainian children affected by the war in their country.

Artisan soapmaker Michelle Gurung said the “Handmade with Love for Ukraine” fundraiser started from a conversation on Facebook after news about the Russian invasion first came out. A lot of her friends, many of whom also sell their art or goods at area markets and craft shows, chimed in.

“You feel overwhelmed and awful about it,” she said. “Because so much of the response I was getting was from people who are also artists and makers, I thought maybe we could do something instead of feeling basically powerless — do something with ourselves.”

She said she floated the idea out on social media to have a silent art auction and event where local artisans could sell their creations with proceeds to benefit humanitarian efforts in Ukraine. She received enough positive feedback about it that she decided to move forward with putting an event together.

“I thought even if it’s a small event, it’s something,” Gurung said.

She reached out to Jodi and Beau Hartman, owners of The Outlet, who agreed to donate their space for the event, and then began reaching out to artists and crafters to find people who would participate.

The art in the auction will have a sunflower theme, and other items for sale will also be tied to sunflowers or a Ukrainian theme. Thus far, she said she has two to three painters who have committed, along with a photographer and a silversmith from the Mankato area. Included are award-winning and published photographer Lulu Walker, who grew up in Albert Lea and now lives in Rochester, and painter Judy Gordon. Artist and maker Steph Rasmussen, of Inked Mama Crafty Creations, will make items for the cash and carry portion of the event, and Gurung will also have some of her own Dreamtime Harvest soaps made in blue and yellow for sale.

Rasmussen will create designs in blue and yellow and including sunflowers to show support on items such as buttons, car coasters, earrings, mugs and more.

Gurung said she and Rasmussen will donate 100% of their sales to the cause, and 100% of the proceeds from the art sales will also be donated.

Gurung said crafters who participate will mark on their items the percentage of their sales that will benefit the cause.. She understands if makers cannot give 100% of their sales and may need to cover costs of supplies, and she does not want this to restrict someone from being able to participate.

All funds will directly benefit children of Ukraine through UNICEF. Gurung said UNICEF is well established and has minimal administrative costs — she said only 3% of a donation goes toward overhead of the organization.

The night of the event, people are encouraged to directly make a donation to UNICEF for the value of their purchases on a mobile device or to write a check to UNICEF, if at all possible. Checks will be mailed directly to the organization.

“Whatever size it is, I think it will be successful,” Gurung said of the event.