Longtime former teacher Mary Hinnenkamp announced Thursday her bid for the newly formed Minnesota House of Representatives District 23A seat and her plans to seek the DFL Party endorsement later this month. 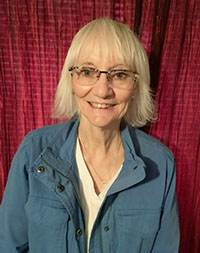 Hinnenkamp, who was born and raised on a dairy farm in central Minnesota and is one of 11 children, lives in Albert Lea.

“I am running for state representative because I love working with people to solve problems,” Hinnenkamp said in a news release. “All my life I have worked to improve the lives of people around me. I think that Freeborn County, Faribault County and surrounding areas should be the best places in the state to work, raise a family and run a business. I want to work to serve all people of the district and improve the quality of life here.”

The release stated seven of Hinnenkamp’s brothers and sisters owned and operated small businesses in the Freeport area, though her focus has always been on teaching. She taught at various schools, but her true passion has been her time teaching and acting as director of the Albert Lea Area Learning Center.

Helping others has also been a large part of her life, the release stated.

After graduating from college and marrying her husband, Ted, the pair joined Volunteers in Service to America and were placed in western Kentucky. There, they worked with community members to replace an inadequate commodity food program with the food stamp program by organizing and passing a ballot initiative. This improved the lives of families there and was a boon to the local economy. Next, the couple worked as counselors in group homes in the Bronx, New York, suburban Chicago and Washington, D.C., providing a safe home environment and positive guidance to at-risk youth.

After the birth of twin sons Tad and Josh, they moved to Albert Lea where her husband worked for the next 42 years at Legal Services and she began her work at the Area Learning Center, helping hundreds of students who were facing barriers to graduation.

In 2008, Hinnenkamp was chosen as Albert Lea Area Schools’ Teacher of the Year. After retirement, she continued to work with students in a volunteer capacity at Southwest Middle School and Halverson Elementary School until the COVID-19 pandemic arrived.

The release stated Hinnenkamp believes there are many important issues facing the district that can be addressed with people-centered representation in the Legislature.

“Recently the DFL majority in the Minnesota House presented a budget that would provide the Albert Lea Area Schools district with an additional $3,400,000 to help make up for resources lost due to the pandemic,” she said. “It would help so many of our students, and I fully support it. The Republican majority in the Minnesota Senate proposes no additional funding. I think that is unconscionable. I would work to make sure that the schools and families of this district get the support they need. Big challenges call for bold action.”

Hinnenkamp’s supporters will cheer her on and wish her happy birthday as she kicks off her campaign at 5:30 p.m. Wednesday at the Union Center at 1407 State Highway 13 in Albert Lea.

The DFL Senate District 23 endorsing convention will be April 24.

District 27A Rep. Peggy Bennett has been endorsed as the Republican candidate for the seat.