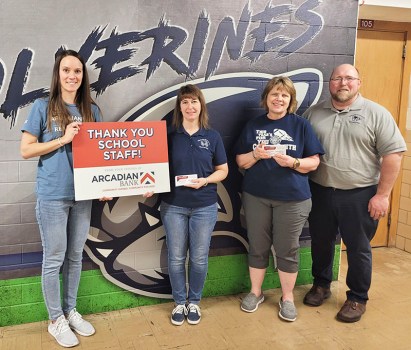 Arcadian Bank decided to do this in part because of the success they had passing out food vouchers last year. Alex Guerrero/Albert Lea Tribune 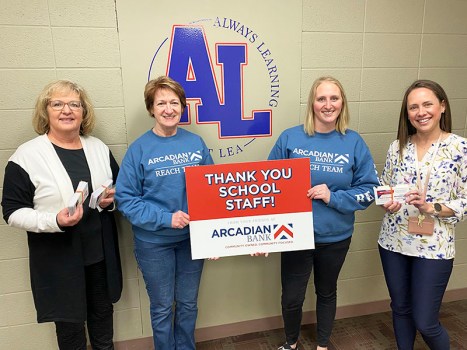 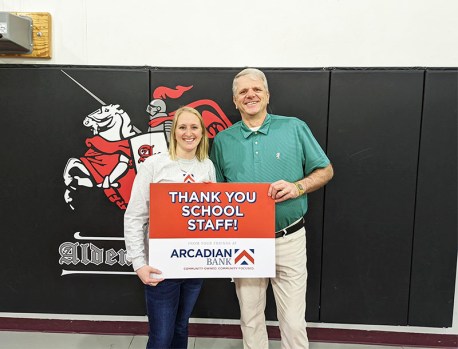 Stoa's team went to a number of different schools in the area to hand out meal vouchers. Alex Guerrero/Albert Lea Tribune 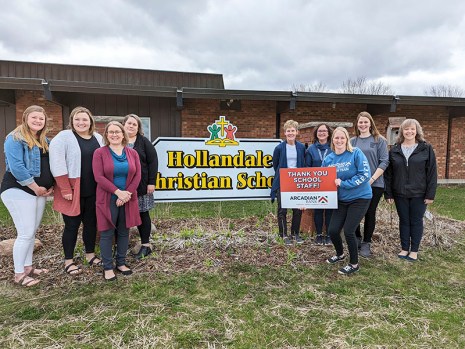 Last week was Teacher Appreciation Week, and Arcadian Bank wanted to do something.

“We just wanted to recognize that school staff has been through a lot the last couple of years since the pandemic has started,” said Abby Stoa, assistant vice-president of administration and director of the REACH team. “We just wanted to recognize not just teachers but also school staff in the area, and to just tell them thank you and let them know that we see that what they do makes a difference in our communities.”

So Stoa and her team created a project to support both those teachers and local restaurants, who have also had tough times during the pandemic. They purchased over 1,000 meal vouchers from various restaurants within Freeborn County, totaling  just over $10,000. Stoa and the REACH team went through 13 different restaurants, and each voucher was approximately $10.

“We started planning it probably in March,” she said. “And then [last week] was Teacher Appreciation Week so we’ve been visiting the different school systems [last] week.”

“That went over so well, it was really well received by all of the restaurants that we supported and then of course all the health care workers that we wanted to say thank you to,” Stoa said. “That project just went over so well that that’s why we decided this year to kind of do round two and this time to show appreciation for teachers and school districts’ staff as a whole.”

So Stoa and her team created a list of restaurants that could be utilized and supported and started making calls to purchase meal vouchers.

According to Stoa, principals and school staff were appreciative of the vouchers and support. In total, Stoa and the REACH team provided meals for 1,038 school employees.

And because they had done a nursing appreciation event last year, there weren’t any major surprises.

“We kind of knew what we wanted to do,” she said.