Ask a Trooper: What do I do if I see a wrong-way driver?

Question: It seems there are far too many wrong way drivers.  On four-lane and two-lane roadways, what do drivers do if they encounter a wrong-way driver? 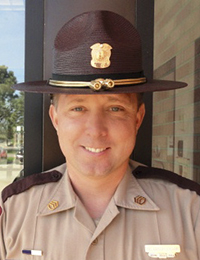 Answer: Great question as this is a very dangerous situation. I was part of a crash investigation involving a wrong way driver on Interstate 90 in Olmsted County in 2019. This was one of the worst crashes I have seen in my 24-year career. A vehicle traveling east in the westbound lane struck a vehicle traveling east in the eastbound lane at highway speeds. This direct head-on crash involved two passenger cars with three occupants in each vehicle.  All six people were killed in the crash. The wrong way driver was impaired on a controlled substance. In 2021 State Patrol received 1,451 reports of wrong way drivers, so far this year we have had 676.

If a wrong way driver is approaching you on a two-lane roadway reduce speed and move as far to the right as possible, even if there is no shoulder.  Traveling on a multiple lane roadway travel in the center lane so you can move to the right or left to avoid a wrong way driver heading in your direction. If you are traveling on roadway with two lanes in the same direction then travel in the right lane. Avoid slamming on your brakes if there is traffic behind you. Honk your horn and flash your lights to get the driver’s attention.

Pull over on the shoulder as soon as possible after avoiding a wrong way driver and call 911 to report it.  Give the dispatcher your location and a description of the vehicle.

Live United: Validation of moving in the right direction…