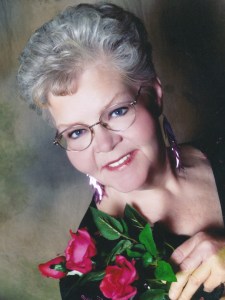 Lorea Idell, the daughter of Leslie and Elda (Hargefeld) Halvorson, was born on June 12, 1943 in Albert Lea, MN. Lorea grew up in Albert Lea and graduated from Albert Lea High School with the Class of 1961. Lorea was united in marriage to Donald Van Houdt on April 14, 1964 in Faribault, MN. Following Donald’s passing in 1978, she devoted her life to raising her children, Kim, John, and Lisa. She worked as a Home Health Aid for many years. While she wasn’t working, Lorea enjoyed playing bingo, going for car rides, and gambling. She loved her dogs and had fun with everyone she met. She absolutely loved spending time with her grandchildren and was an amazing grandmother to them. She was a member of the Faribault Aerie 1460 Fraternal Order of Eagles and the Faribault Moose Lodge 2098.

Lorea is survived by children, John Van Houdt and Lisa Knott; grandchildren, Lexie, Andrew and Tyler Knott; 3 great-grandchildren and one on the way; brother, Ernie (Kathy) Halvorson nieces, nephews, other relatives and friends.

She was preceded in death by her husband, Donald; daughter, Kim Van Houdt; and her parents.

Funeral Service will be held at 12:00 P.M. on Wednesday July 6, 2022 at the Parker Kohl Funeral Home, Faribault with Bernadette Tatge, Pastoral Minister at Divine Mercy Catholic Church officiating. Interment will take place at the St. Lawrence Cemetery in Faribault.

Funeral arrangements are being completed by the Parker Kohl Funeral Home & Crematory of Faribault.