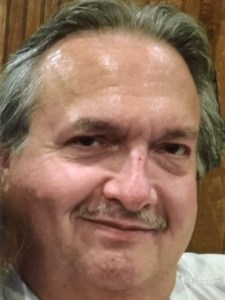 Dwayne was born on April 11, 1959 to parents Bill and Mary Timm, in Huron, South Dakota. He grew up with two older brothers, Darrell and David, and a younger sister, Kathy.

His family moved to Rock Falls, Illinois when Dwayne was in elementary school. It was a place of special childhood memories. He developed a deep interest for science in 6th grade where he earned awards for his science fair projects. Dwayne, with his father’s guidance, built a custom mini bike that, at the time, he loved as much as his Mom’s delicious homemade peanut butter/chocolate star cookies, his favorite. Victory, the family dog, always knew where her boy was and was readied for adventure.

As a teenager, Dwayne sustained a severe spinal cord injury. However, with time, his hard work and tough love from his family, he was able to to overcome some of his injuries and regain partial use of his legs. A few years later he achieved a huge goal. Dwayne graduated from Brewster High School, with his Class of 1977, proudly walking across the stage, using only a cane for support, to receive his diploma along with his classmates. It was a new beginning with so many possibilities.

Dwayne enjoyed anything with wheels and a motor. His father was a skilled mechanic and passed down his knowledge and love of well maintained cars to his son. Naturally, sports cars became Dwayne’s lifelong passion. He always had a nice set of wheels, from his first car, a purple Camaro, to various Trans Ams, a white Corvette and many others. In his 20’s, he and his friends enjoyed a lot of road trips where they may have reached their destination a little too quickly. His final car was a beautifully restored, white 1971 Cadillac Coupe deVille. He enjoyed displaying his prized possessions and collectively winning over 100 trophies with his different cars.

Throughout his employment years, he mostly worked as dispatcher for several transport companies in the Twin Cities area. Dwayne earned respect as a valued employee for his ability to orchestrate effective routes for his drivers and loads ensuring the semi’s had full trailers for every mile, increasing the driver’s and the company’s profits.

Years later, Dwayne returned to Albert Lea and assisted his aging mother in her home until she needed professional care. His Mom enjoyed spoiling his little dog, Poncho, with treats. After her passing, Dwayne adopted another dog named Chance, and they continued living in Albert Lea.

Dwayne’s most recent life event was developing a friendship with Rita Rae. After a couple years of friendship, they entered a committed relationship to each other in August 2021. Months later, Dwayne and Rita excitedly announced their engagement on Valentine’s Day of 2022. Their wedding was being planned for August, 2023. His untimely death has left Rita heartbroken.

Dwayne is preceded in death by his parents, Bill and Mary Timm, and his brother, Darrell.

Dwayne is survived by his fiancé, Rita Rae, his sister, Kathy (Tony) Thompson, his niece, Paige (Damien Hernandez) Thompson and their daughter, Aurora, his brother, David, and his niece, Casey (Andy) Blochowiak.

Dwayne’s Celebration of Life will be held at his residence, 1906 Keystone Drive, Albert Lea, MN 56007, on Saturday, August 27th, 2022 at 4 pm. We look forward to hearing many stories with his family and friends.