When asked to serve by others, some people will do so. 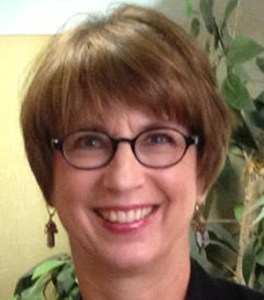 That was the case for Jane Kepple Johnson, who made the decision to run for Albert Lea school board roughly a month ago.

“I hadn’t even thought about running for school board, but I was approached by several people who kind of knew my background and my temperament and stuff, and thought I would be a good addition,” she said.

After retiring early and taking care of family, she wanted to get more involved in the community, so she started volunteering.

And Kepple Johnson, who served in education for 39 years and taught in Duluth, Albert Lea, Wells and Northwood, where she taught German and English, felt with her experiences she could bring insight to the board.

“My kids all went through the Albert Lea school system,” she said.

If elected, she wanted to focus on methods of learning and teaching. She described herself as a good listener, and said she has adaptability and willingness to listen to other’s opinions.

She also said she would like to try different methods of learning, try them, adapt them and apply what worked.

“And we would have various students who would come [whose] learning styles were just so different, and to get to know the students and their families and understand that, we would all kind of work together so that the students would succeed,” she said.

For example, she said during her time as a teacher there were times she dealt with students with behavioral issues, where she worked with students to help them.

Kepple Johnson felt because she no longer had family members in the district, she could bring objectivity to the board. That did not mean, however, she could not connect with today’s parents or students, and said she had her ear to the ground and was listening.

She also does not have an agenda, something she felt helped to separate herself from other candidates.

“I don’t have a top priority,” she said.

She felt she brought knowledge by having children who went through the district and having years of experience in the field.

But she wanted to ensure quality education and have students and staff feel safe, comfortable, challenged, appreciated and respected.

“I think it’s real important to know that a teacher, that a staff, that administration cares for and wants the best for students and their families and the community,” she said.

She had also been involved with the community, and served on several boards including the library and a hospital patient advisory board.

“I know how boards work, I know how to collaborate with people, how to use straight-talk in speaking rather than a fight-talk situation,” she said.

She also liked having the multiple opinions on the board, as currently constructed, brought, saying she appreciated the diversity.

“Members can challenge one another with their ideas,” she said.

And with Ron Wagner now in place as the district’s superintendent, she felt a positive change was taking place.

“I would anticipate or hope that the change begins there and continues to be a … [continued] focus on education and support for students, for staff, for administration, for families from the community inward and from the schools outward,” she said.

Kepple Johnson has a bachelor’s in German and master’s in education with a focus on teaching and learning. She also has a degree in administration.

She described herself as a lifelong learner and admitted she would have a lot to learn if elected.

“I just want to ensure that everyone feels safe, that staff in particular feel appreciated and students feel supported and safe,” she said.