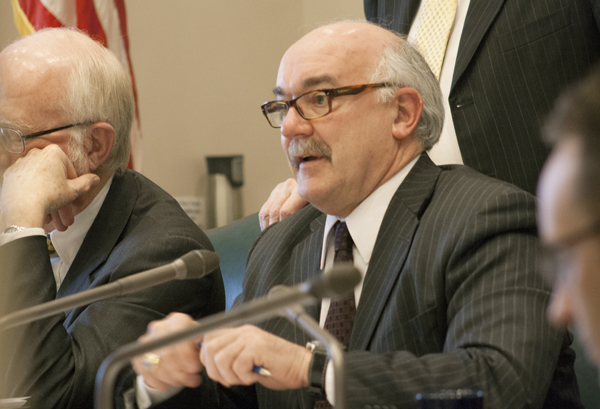 MINNEAPOLIS — State Sen. David Tomassoni, a veteran lawmaker from northern Minnesota’s Iron Range who championed efforts to find a cure for ALS, has died of complications from the neurological disease, the Minnesota Senate announced Friday. He was 69.

Tomassoni died Thursday night at a hospice in Duluth. He disclosed in July 2021 that he had been battling the incurable condition, also known as Lou Gehrig’s disease, or more formally as amyotrophic lateral sclerosis. It’s a progressive disease that affects nerve cells in the brain and spinal cord.

As one of his last major accomplishments in office, Tomassoni authored a $25 million bill to fund research into the disease and support caregivers, which Democratic Gov. Tim Walz signed in March. At that point, he was using a wheelchair and communicating with a computerized speech synthesizer. His sense of humor remained intact.

“Maybe I should have asked for more,” Tomassoni quipped at an emotional signing ceremony. He later added, “This bill means hope.”

The Chisholm native was elected to the House in 1992 and the Senate in 2000. But he and fellow Iron Range Sen. Tom Bakk, of Cook, split with Senate Democrats in 2020 to focus on the economic interests of northern Minnesota. While they caucused with Republicans, Tomassoni continued to identify as a Democrat.

Tomassoni also spent 16 years playing professional hockey in Italy and was on Italy’s national team for the 1984 Sarajevo Olympics.

Bakk, a longtime ally who’s now an independent, hailed Tomassoni as a “true champion for the Iron Range” and working men and women across Minnesota.

“The legacy he leaves is enormous, and his passion for public service benefited countless lives,” Bakk said in a statement. “His selflessness in advocating for ALS research could not save his life but may save the lives of millions who follow in his footsteps”

The Senate Republican majority temporarily made Tomassoni Senate president in 2020, then president pro tempore in 2021.

“It was an honor to work with him on the funding for ALS research this past session,” GOP Senate Majority Leader Jeremy Miller, of Winona, said in a statement. “I’m hopeful the funding from this bill will help find a cure for ALS and honor David’s legacy.”

Tributes also poured in from other Minnesota politicians, Democrats and Republicans alike.

“For decades, he worked every day to deliver real results for workers and families — like bringing good-paying jobs to his district, improving schools, and advocating for safe conditions for miners,” Democratic Sen. Amy Klobuchar said in a statement.

“He was both playful and serious, and always had a trick or two up his sleeve,” Democratic Sen. Tina Smith said. “He was a serious legislator, hell bent on doing whatever it took to support his beloved Range. I learned a lot from him — some of it over beers. David was just fun.”