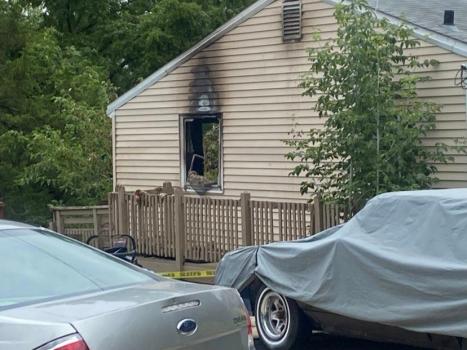 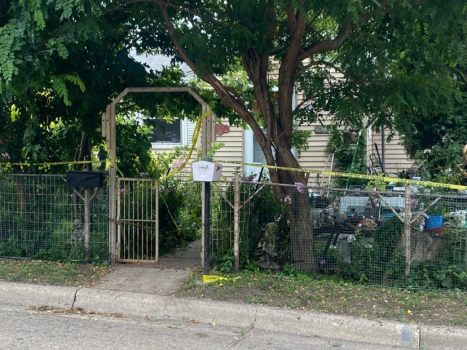 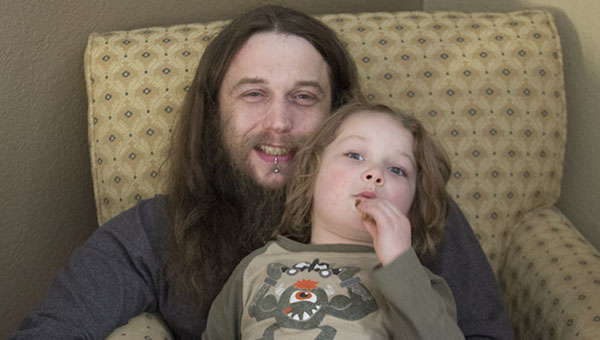 Garth Conklyn and his son, Balto, 5, safely escaped from their home at 515 Pillsbury Ave. in January 2016 with another 9-year-old child, not pictured. Conklyn died over the weekend in a separate house fire at 1712 Eberhart St. in Albert Lea. Sarah Stultz/Albert Lea Tribune

The victim of the Saturday fire on Eberhart Street in Albert Lea died from soot and smoke inhalation, according to the Ramsey County Medical Examiner’s Office.

The death of the victim, identified as Garth D. Conklyn, has been ruled accidental, Albert Lea Fire Rescue stated in a press release sent out Tuesday.

Albert Lea firefighters and police officers responded to a fire at Conklyn’s home at 1712 Eberhart St. at 2:15 a.m. Saturday. When they arrived, they learned from a neighbor that a person could be in the house. Fire crews searched the house and found Conklyn.

Conklyn was the victim of another fire in January 2016 at a house he was living in at 515 Pillsbury Ave. In that case, the fire was ruled accidental.

According to a Tribune article dated Jan. 17, 2016, Conklyn and his then 5-year-old son Balto, and a nonbiological daughter Aaliyah were able to safely get out of the house at that time, and Conklyn went back into the house to save the family’s rabbit, Flippers. Two fish perished in the fire, and the house was a total loss.

The fire reportedly started on the bottom shelf of a nightstand next to a bed in the northeast corner of the home, and Conklyn at that time said he thought the blaze started with a scented wax warmer.

The Minnesota State Fire Marshal’s Office was called in to assist with the investigation of the fire on Eberhart Street, and the cause of the fire has been ruled undetermined.

Deputy Fire Chief Jeff Laskowske said though authorities were able to determine the origin of the fire, there were too many possibilities as to what started the fire in that spot.