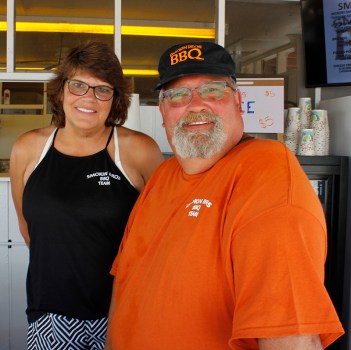 Richard and Brenda Jensen both own and work at the Smokin Bros BBQ respectively. Marissa Hanson/Albert Lea Tribune 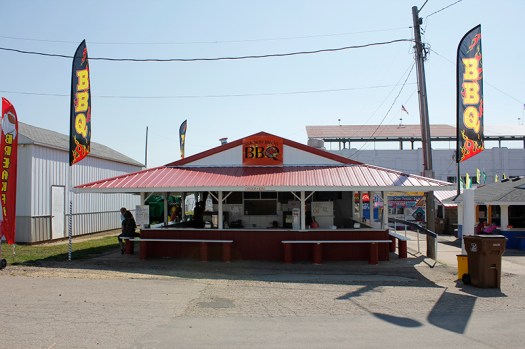 Smokin Bros BBQ is located next to the FFA stand and across from the cow barn. Marissa Hanson/Albert Lea Tribune 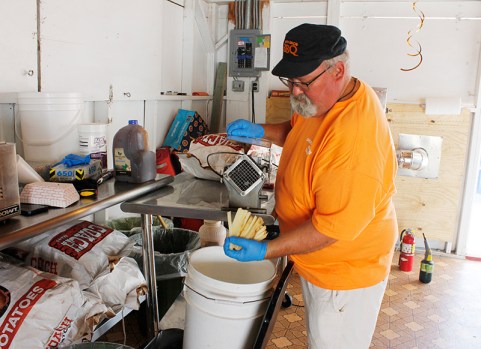 All of their fries are fresh cut in house using local potatoes. Marissa Hanson/Albert Lea Tribune 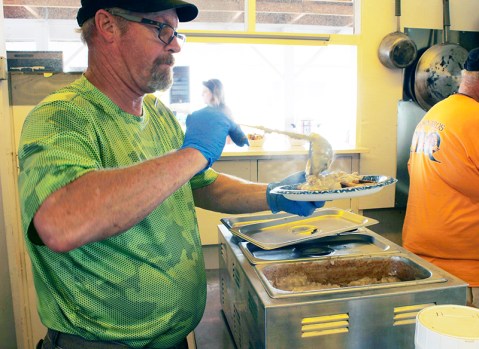 Gordy Jensen works on one of their breakfast items the country fries. Marissa Hanson/Albert Lea Tribune 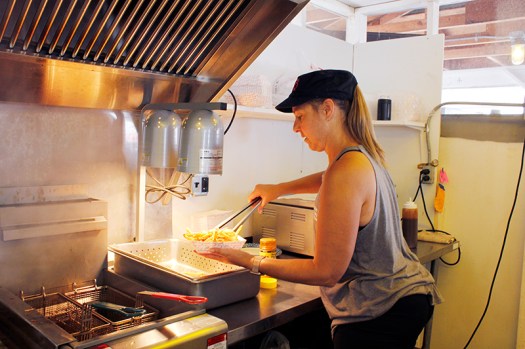 Lori Aasen prepares one of their most popular items, the loaded fries. Marissa Hanson/Albert Lea Tribune

Opened in 2008 by brothers Richard and Bruce Jensen, Smokin Bros BBQ now is a permanent fixture at the Freeborn County Fair.

Smokin Bros BBQ has acquired a permanent stand in the fairgrounds after the previous owner put it up for sale.

“They couldn’t find help after COVID, and so they had no option but to sell,” said Richard Jensen.

The brothers hope this new stand will help increase their business.

“This venue allows us to be open for breakfast, which we are now,” he said. “And because we have a full blown kitchen everything is under one roof, that will help us increase revenue hopefully by about 20%.”

This all started by Richard Jensen building a smoker.

“I had built a smoker because I wanted to compete in the KCBS level,” he said. “Those are team events and I needed someone to help out, and the only person I knew who would be 100% dedicated and trustworthy was my brother.”

Smokin Bros BBQ is completely family run all the way from the beginning.

Smokin Bros BBQ has quite the reputation.

“We have got third place in the world food competition in 2017,” he said. “Also several first places on our ribs, pulled pork and brisket.” 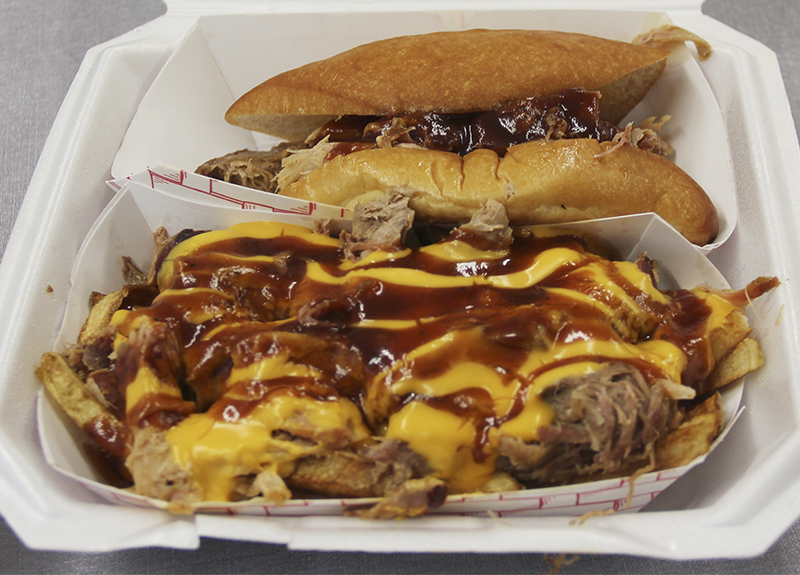 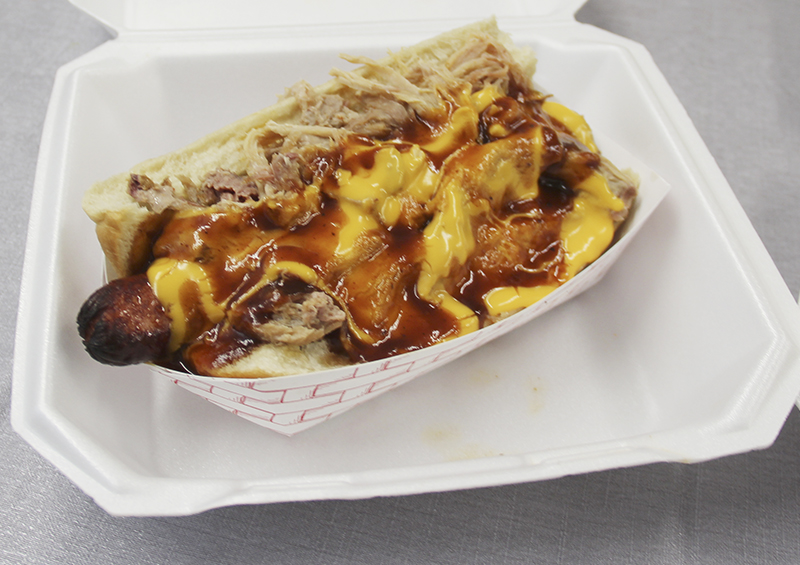 The loaded fries are fresh-cut seasoned fries that are topped with pulled pork, cheddar cheese and BBQ sauce for $11. The fries were very well done, and you could definitely tell they were fresh and the toppings just elevated it to a whole new level.

The pulled pork sandwich is pulled pork on a bolillo roll for $8, and you can add cheese for an additional dollar. The pork was nice and tender and getting the cheese is definitely worth it.