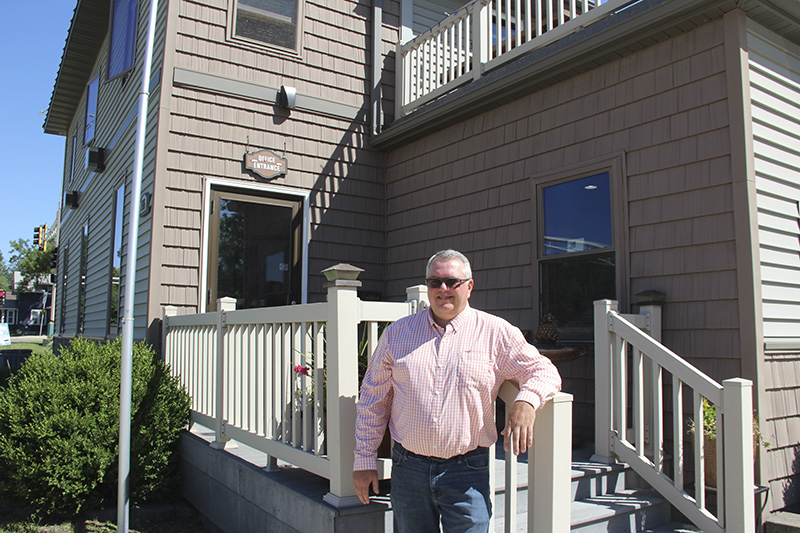 After receiving damage to the building they were leasing during the July 5 flash flooding, the Shell Rock River Watershed District at the end of last month moved to a new location.

District Administrator Andy Henschel said the district has had a couple of water events that had displaced them in the past at their former location at 214 W. Main St., and it was getting to be too much.

With the flooding July, there was also sanitary sewer contamination that came with it, and anything that was wood was damaged, along with staff desks and even some of their computers.

“It was kind of the last straw per say that we needed a change to try to avoid those situations,” Henschel said.

District staff and the board looked at what was available throughout the city, keeping in mind their needs and decided to move ahead with a short-term lease on the former Leland Realty building, at 305 S. First Ave., also known by many as the former KATE Radio building at the corner of Main Street and First Avenue.

“We felt that this fit us the best as far as having the offices and the way they were arranged and also having the option for garage storage next to us, similar to what we had,” Henschel said.

He said the space wasn’t too big, but also wasn’t too small. Some of the other spaces they considered were much larger in size, but they didn’t want to spend money on wasted space.

The only drawback they are solving is that there is no designated space for board meetings, though they are working on solutions for that problem.

Staff started moving equipment and paperwork into the space the last week of July and are still unpacking. He said hey have until the end of the year to get all of the equipment from their old garage relocated.

Henschel said the original arrangement at the new location was for two months with a month-to-month agreement with the property owner after that. There will be discussions in the next month or two about a potential longer-term agreement.

Thus far, he said the new building is much quieter than their old location and he thinks it will be easier for people to find.

They will put signage up once a long-term agreement is reached, whether at that location or another site.