Nationally, finding teachers has become a challenge over the past few years. Glenville-Emmons experienced the problem firsthand this year when the district lost six of their teachers for a variety of reasons. 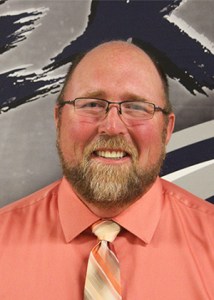 The number represented almost a quarter of the teachers in the district. Two other teachers are now in new roles.

According to Jeff Tietje, pre-kindergarten through 12th grade principal for the district, there are only 25 or 26 teachers in the district and a third either left or were assigned to new roles. And that was not common for the Glenville-Emmons district.

“In education currently, teachers definitely have a lot of opportunities available,” he said.

In fact, the district’s two former physical education teachers left to take positions in districts closer to their hometowns, and their former choir teacher moved to the Twin Cities to a district closer to her home.

“As soon as we find out the teacher has either received a new job or a job offer and turned in their resignation, we start immediately, and you have to do that,” he said. “Talk to any area school and they still had job openings right up till school started, and even some of them had to get creative and kind of combine stuff just to make it through the start of the year here.” 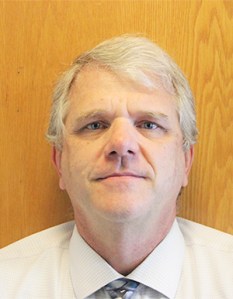 Districts are also receiving fewer and fewer applications. According to Tietje, the district actively recruited for math and science teachers, and said there were not many students graduating from college with those degrees.

But there was good news: He believed last school year’s turnover was not a typical year for staff retention.

“As a general rule, you look at Glenville-Emmons, and a lot of our staff, when they do start here they stay here,” Tietje said. “That’s why last year was definitely not the norm.”

In fact, he said typically there were one or two new hires per year, and those were usually done to replace a retiring teacher.

Brian Shanks, superintendent for the district, said he wasn’t surprised teachers were leaving, but he was “a little bit” surprised at the number of teachers that left.

Shanks described applicant turnout as low and said the highest applicant pool for a position was four. Both the language arts and special education openings had one applicant.

He said the area did not have a lot to draw young applicants in, and even then larger districts had an ability to offer more money.

But, he said, when they looked for people, the district’s first priority was finding a teacher who was licensed in a particular position, but if they could they looked for those who wanted to make Glenville-Emmons a long-term job.

“Our first-grade teacher that we hired … graduated from Glenville-Emmons, taught in another district, saw we had an opening and immediately wanted to come back here,” he said.

Bruce Rohne, a Glenville native, is the district’s new ag teacher, and his first year in the classroom in roughly two decades. Prior to returning to the classroom, he served as a counselor.

“I moved, and there wasn’t any counseling positions around, and I thought maybe I’d find something outside of education,” he said. “But then this opened up, and so I took this.”

Carma Pederson is the district’s new seventh-, eighth-, ninth- and 10th- grade English teacher. Unlike Rohne, this is her first experience in the classroom, though she spent last year at NRHEG as a reading interventionist and librarian.

Pederson, who is from Geneva, first became interested in the field when she was asked by a former dance teacher to help out.

Kayla Chapek is the new first-grade teacher at Glenville-Emmons, though she spent last year teaching in Albert Lea.

“I went to school here, and I had such a good experience with school and all my teachers — they had a really positive impact on me — I wanted to do the same thing,” she said.

Tietje himself is serving his 13th year in the district, while Shanks is in his fourth year at Glenville-Emmons.