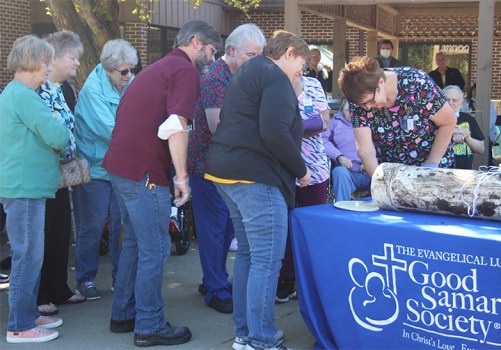 Former Good Samaritan Society of Albert Lea employees have the honor of pulling out what it is in the time capsule Wednesday. Alex Guerrero/Albert Lea Tribune 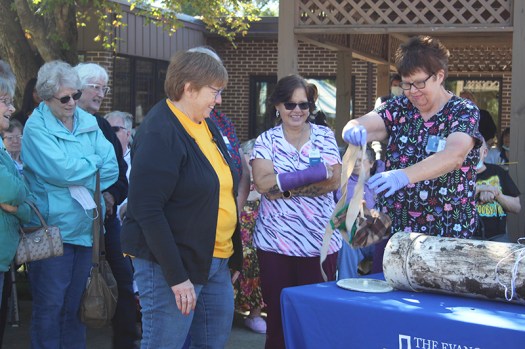 Some of the former workers know what to expect, while others do not. Alex Guerrero/Albert Lea Tribune.com 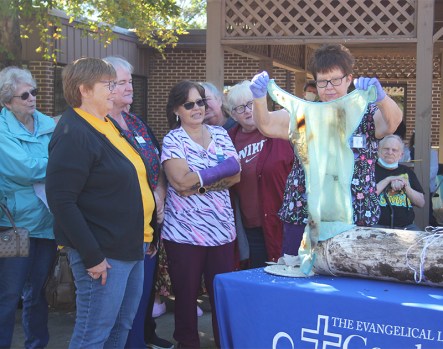 A bib from 1987 is pulled out of the capsule. Alex Guerrero/Albert Lea Tribune 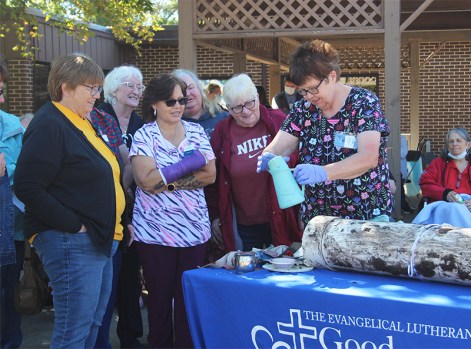 A plastic pitcher is pulled out of a time capsule at Good Samaritan Society in Albert Lea that was unearthed Wednesday in a celebration. Alex Guerrero/Albert Lea Tribune 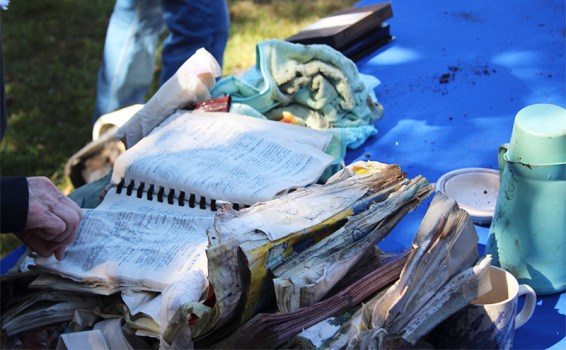 Among the items discovered is a cook book from the 1980s. Alex Guerrero/Albert Lea Tribune 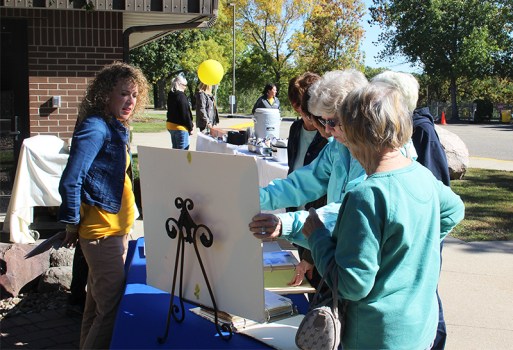 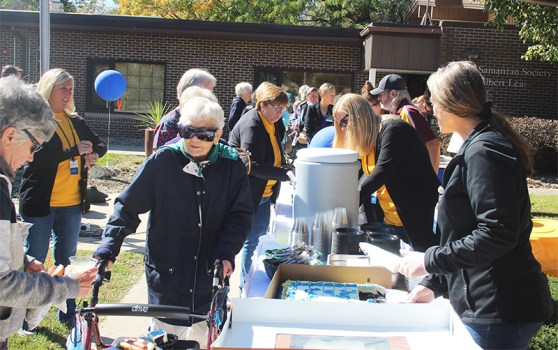 Food was provided before the event. Alex Guerrero/Albert Lea Tribune 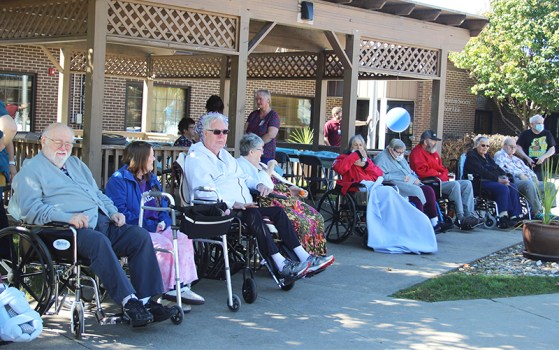 Residents line up outside of the nursing home for the opening of the time capsule, which was buried in 1987. Alex Guerrero/Albert Lea Tribune 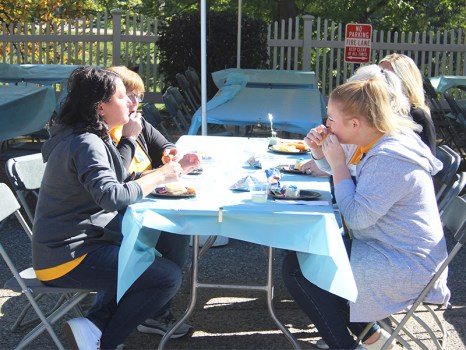 If you’ve ever wondered what it would be like to go back in time, staff, former staff, visitors and residents had the opportunity Wednesday afternoon at Good Samaritan Society in Albert Lea when a time capsule from 1987 was opened.

“Today we are just excited to invite the community to our location to help celebrate this major milestone,” said Katie Davis, the licensed nursing home administrator for the home, referring to the organization’s 100 years of operation.

They decided back in 1987 to have the capsule opening as part of the 100-year celebration, and there was even a cement block outside of the home with specific instructions to open the capsule Sept. 29, 2022.

And though she was not there for the burying, Davis was still excited to have the event.

“I’m excited for the history of what is going to be in that time capsule and what life may have been like back in 1987,” she said.

Some of the people on-hand for the celebration were part of the team that buried the capsule, though many could not remember what was put inside.

Elaine Mucha is a retired employee who decided to attend and worked there for 33 years, and she was there when the capsule was buried.

“That was very exciting,” she said, referring to the burial. “Very exciting. I didn’t put anything in there, but I know a lot of people did.”

After she heard it was being opened, she knew she had to come.

Like Mucha, Shirley Brua worked there when the capsule was buried.

She thought she contributed an item to the capsule, but couldn’t imagine what it was.

“I imagine it was probably something from each station,” she said. “There was four stations, and I would imagine supplies and pictures —  a lot of memorabilia that people put in there.”

Carol Cox-Herr worked there for 25 years as a licensed practical nurse, and was also there during the time capsule project.

“I can’t remember what they put in there,” she said.

For her, the biggest change between when she worked there and now was the addition of a new wing for Alzheimer’s patients.

And when she learned it was being opened, she said she was excited.

According to Davis, Good Samaritan Society started back in the 1920s in Arthur, North Dakota, by the Rev. August Hoeger.

“He started wanting to serve the elderly and people with physical and mental disabilities,” she said.

Currently, there are more than 200 locations throughout the country.

Besides opening the time capsule, staff also served hot dogs, lemonade and cake. There was also a table full of memorabilia. Before the event, Davis celebrated retirees from 2020-22.

“Due to the pandemic we weren’t really able to celebrate their retirements,” she said.

Davis said she was grateful for the community and employees for the support they have received.