Michael P. Wegner, age 70, of Wells, MN, died Tuesday, September 27, 2022. A Mass of Christian Burial will be held Monday, October 3, at 11:00 AM at St. Casimir Catholic Church in Wells, MN, with Father Greg Havel and Deacon Gene Paul officiating. Visitation will be on Sunday, October 2, 2022 from 1:00-5:00 PM at Nasinec Funeral Home (789 Business Park Dr., Wells, MN  56097).  Visitation will continue one hour prior to the service at the church on Monday. Interment will be in Rice Cemetery, Foster Twp., Faribault Co., Minnesota.  In Lieu of flowers, the family prefers donations to the Wells Food Shelf, or to a scholarship being formed in Mike’s name through the USC FFA program.  Nasinec Funeral Home in Wells is entrusted with arrangements. Please see www.nasinecfh.com to leave online condolences. 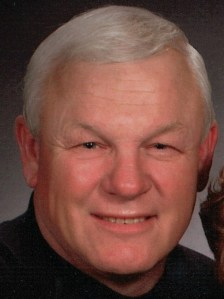 Mike was born October 13, 1951 in Wells, MN, the eldest son of Philip and LaVon (Katzung) Wegner.  He attended school in Kiester and was involved in chorus (Choir), Band, and he even took accordion lessons.  He was active in Football and Wrestling and very active in FFA.  He graduated Kiester High school, the class of 1969 and attended vocational school in Faribault and Mankato, graduating with an Ag. Production Degree.  He was a former member of Rice Lake Methodist Church growing up and after he was united in marriage to Marlene Ann Hassing, August 5, 1972, he became a member of St. Casimir Catholic Church in Wells.

Mike was a farmer.  He started farming with his father and brother.  The current farming operation includes his brother, son, grandson, and nephews.  He was extremely proud of his family and he was a life-long supporter of the FFA program, promoting continued farming operations.  Mike loved fishing.  His prized possession was his boat.  You didn’t “borrow” it.  There are many stories and memories made through the years of fishing trips with his buddies, traveling to Northern Minnesota, South Dakota and up into Canada.  Mike was a story teller, and an avid steak and lobster eater at The Branding Iron.  He was an active grandfather and supporter of all their activities.  He had a passion for people and animals.  Cats, cows, dogs, and most recently his beloved goats.  He named each of them, (as they had their own personalities), and a quick feeding took up the better part of an hour.   Since 1991, Mike was a seed dealer for Asgrow DeKalb Seeds.

He was preceded in death by his father Philip Wegner.