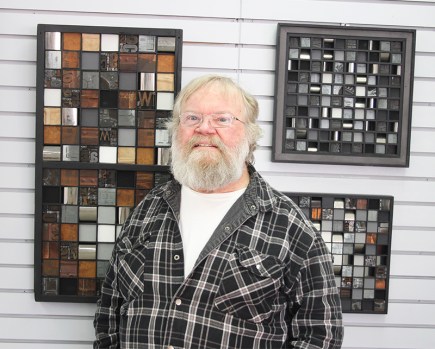 Severson says Look Beyond is about not only seeing the overall picture, but looking for found objects. Alex Guerrero/Albert Lea Tribune 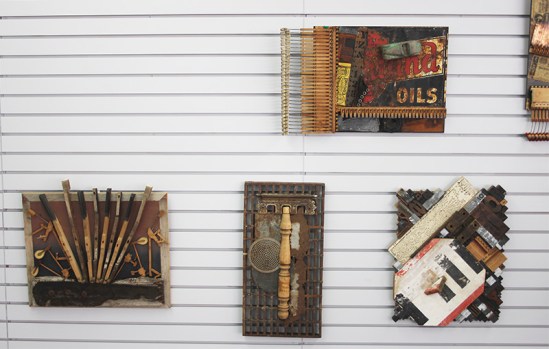 Besides being an artist, Severson taught the subject for over 30 years. Alex Guerrero/Albert Lea Tribune 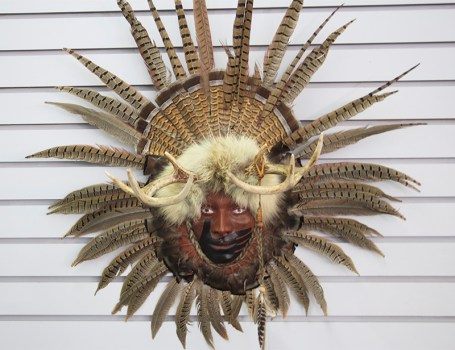 The collection features around 40 pieces, including collages and watercolors. Alex Guerrero/Albert Lea Tribune

For a long-time artist, Bob Severson is having his first exhibit with “Look Beyond,” which is at the Albert Lea Art Center. The collection features around 40 pieces, including collages and watercolors. Prior to the show, he had shown individual pieces.

“It’s just what I see,” Severson said. “… Using the elements of art I just keep adjusting the work to fit the element.”

His goal for the exhibit is for visitors to try new things and see things differently.

“I’m always looking for found objects,” he said. “I’m always curious about little things such as details instead of the overall picture.”

And for him, being an artist helped him see things differently.

He also hopes visitors enjoy the show and leave with a positive feeling.

In putting together the show, he admitted there was a lot more work than what he was expecting.

Severson was originally approached about doing a show by a board member roughly four months ago.

“Apprehension,” he said in describing his reaction to learning he was asked to do a show. “A little bit of anxiety.”

Severson has been involved with art since he was little, and taught the subject for over 30 years.

“I just always have liked to draw,” he said. “I went to Catholic school, and they always complimented me, and I suppose all the compliments that you get, you just want to continue to do the artwork because the people seem to like it.”

And some of the artists he has taught about, including Louise Nevelson and Kurt Schwitters, have helped influence his own works with collages.

“Look Beyond” is a collection of all of Severson’s work, and he said it took over 40 years to build.

“This stuff goes back from when I was first in college,” he said.

“Look Beyond” will be on display though Nov. 12, and there is a reception for Severson from 1 to 3 p.m. Saturday at the Art Center.

“We are excited to have Bob’s show,” said Beth Tostenson, artistic director for the Art Center.

Some of the pieces will be for sale, and anyone interested in acquiring a work should contact him at vseverson@hotmail.com.