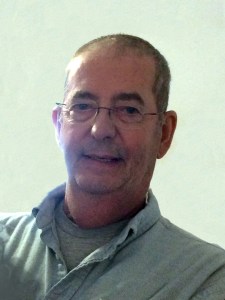 Joseph Thomas Mueller, the son of George and Eunice (Lester) Mueller, was born on April 22, 1950, in Blooming Prairie. He grew up in Blooming Prairie and graduated from high school there in 1968. He continued his education at Austin VoTech. He worked as an auto mechanic for Bob Adams Imports. When it was sold to Dave Severson continued to work there until his health dictated he retire. On August 28, 1976, he was united in marriage to Debra Carlson. They made their home in Clarks Grove until they moved to Owatonna in 2020. He was an active member of the United Methodist Church and was a Boy Scout Leader for several years. He enjoyed trips to the Boundary Waters with the scouts and his family. He enjoyed working on various small engines, some for extra income and some just for fun. He was a member of the Albert Lea community mentoring program and kept in touch with several of the youth he mentored.

Joe is survived by his wife Debra of Owatonna, children Kevin (and Rachel) Mueller of Duluth, and Kristi Mueller of Omaha; grandchildren Paisley, Violet and Summer Mueller; siblings and their spouses, Margaret Walsh, Dorothy Brandt, Howard Mueller, Lois Bell, Diane Hanson, Donald Mueller, and Sharon Thompson. He is also survived by many nieces, nephews, other relatives and friends. He was preceded in death by his parents George and Eunice Mueller and siblings Lloyd Mueller, Mary Olson, James Mueller, George Mueller Jr, Herman Mueller and Henry Mueller.