An Albert Lea man running for the 2nd Ward Albert Lea City Council seat said he is ready to bring an outside view to city government and help make Albert Lea a vibrant community. 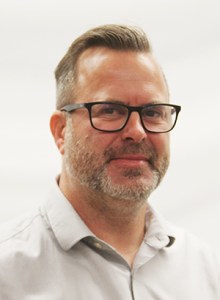 Brian Beasley, who moved to Albert Lea seven years ago, will face off in the November election against longtime incumbent Larry Baker.

Beasley said he and his wife, Laura, both grew up in the Sioux Falls, South Dakota, area.

He went to college to become an electrician, was a master electrician and traveled the country doing electrical work. He then went into traffic engineering in New York and was hired by the city of Elmira, where he worked in traffic programming and worked as superintendent of building and grounds and eventually director of public works.

He said he is proud of many things that happened when he worked for the city, including helping the municipality save money through writing federal and state grants. He also uncovered erroneous charges from the private electrical company that the city used, and after 2 1/2 years of litigation, the city won the lawsuit and used the money it won to reduce operation costs.

He said he saved the city through moving to LED lights and wrote a state grant to help the city reduce and recycle more. As a result, residents gained larger bins for recycling, and the city tripled or even quadrupled the amount of recycling, which reduced the overall tonnage of other waste the city had to dispose of.

He noted other savings he was able to bring to the city through a golf course, parking garage and baseball stadium.

Beasley said he implemented a patch crew for the city’s roads in Elmira that essentially went out and milled streets and then paved them right behind that. He said the method they used was better than a cold patch.

“When you look at the whole scope, we were constantly finding ways to reduce costs, collaboratively work together to make solutions for the community,” he said.

Beasley said he and his family moved to Albert Lea after his wife got her master’s degree and the family had been away from the Midwest for nine years. He missed the people from the region and wanted to return home.

When they were both interviewing for jobs, he said he drove through Albert Lea and came back and told his wife that the city was where they needed to live.

“From a scenic view we love the area,” he said.

At the time they also thought it would be a great place to raise their children, who are now 17 and 21.

When they moved to Albert Lea, he originally hoped to work for the city but was hired as facilities director with Austin Public Schools.

Beasley said he was prompted to run for Albert Lea City Council because he thinks things have become stagnant for the city. He cited lack of growth over the past 20 years and what he described as “desperate” measures to make up for the tax base.

“People are saying we need fresh ideas,” he said.

“In my mind, I feel that we’ve built a box around Albert Lea with our leadership, and we haven’t let the outside in.”

He referenced promotions of other cities on the Interstates right outside of the city, when he thinks more should instead be done to promote Albert Lea.

He said the city’s population is not viable with tax increases and said the city needs to push everything it can to get help for upcoming wastewater treatment plant upgrades.

“People are concerned of upsetting others with growth, but I think this community was loud and clear when they said we want a new hospital,” he said. “They wanted variety. They want competitive health care at a cost effective rate. It’s no different than jobs. A lot of people are driving 35 to 45 minutes to work. With inflation, people are hurting.”

Beasley said city leaders need to make sure they are inviting to business owners and not pushing them away.

“We have to be open for business,” he said. “And we actively have to be searching for it.

“We do studies on tearing down buildings. We need to do studies on why businesses aren’t stopping here. That’s going to grow our tax base and help us move forward and sustain.”

He said he thinks communication has been fractured with the city, and city leaders are not reaching out to residents and seeking what they want. He said there haven’t been community meetings to ask for input and many don’t even know who their councilor is.

He also talked about increased transparency and how city leaders need to break down the budget and show residents how money is being spent.

He said he thinks the city needs to reinvent itself, just like businesses have to do occasionally.

Beasley described himself as an achiever and influencer who can bring people together to work toward a common goal, according to strengths-finder tests he has taken.

He talked about moving City Hall out of its current location to bring in a restaurant on Fountain Lake, increasing the arts in the community and growing the city’s infrastructure to prepare for new businesses instead of reworking old structures and selling them. He said he thinks the city is getting too involved with real estate right now when it shouldn’t be.

“I think there’s a lot of fresh ideas I want to bring to the table and see how people digest it,” he said.

“We need to be more of a vibrant community. Vibrant does not pick an age — that comes with our arts. That comes with how colorful we can be, and I feel we have the ability to explode on that market. Whether it’s through music, art out on the street — we need to find that and capture it.”