Across the Pastor’s Desk: Vote your values in this election

Across the Pastor’s Desk by Henry Doyle

“Always vote for principle, though you may vote alone, and you may cherish the sweetest reflection that your vote is never lost.” — John Quincy Adams, sixth president of the United States of America 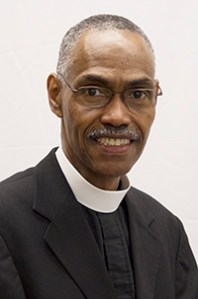 On Sept. 7, 1960, I turned 9 years old. For my birthday, I had received some books, one of which had short biographical sketches of our presidents and their wives. I was in the fourth grade with a keen interest in history and government. Vice President Richard Milhous Nixon and Sen. John Fitzgerald Kennedy were the major candidates for president. From reading the newspaper, I had become quite informed about these two men. I told my family to vote for Nixon. “Boy, you’re crazy,” said my Aunt Winnie to me. Since Mr. Nixon had been the vice president for eight years, I thought he was more qualified to become president than Senator Kennedy. I wished I could have voted in 1960.

In 1972, I was eligible to vote, and I voted. When elections have taken place, I have voted.

I thank God for the right to vote. Every vote matters, and for Christians voting is an act of faith. This year’s mid-term elections have extreme importance. Our vote will determine policies, laws, regulations in our communities. We ask God to guide us through this election as we vote for people to do work on behalf of our communities. Let us vote for people and ballot initiatives that will better our communities to reflect respect for the dignity of every human being. Let us vote for people who listen to everyone’s voice and stand up for what is right, just and good. Let us respect and thank all those who work in the election process and pray for their safety and well-being.

“Cast your vote, not on a partisan basis, not based on your biases, but vote your values.

Vote the values of human dignity and equality.

Vote the values of the rock on which this country was built.” — Michael Curry, presiding bishop and primate of the Episcopal Church (USA)