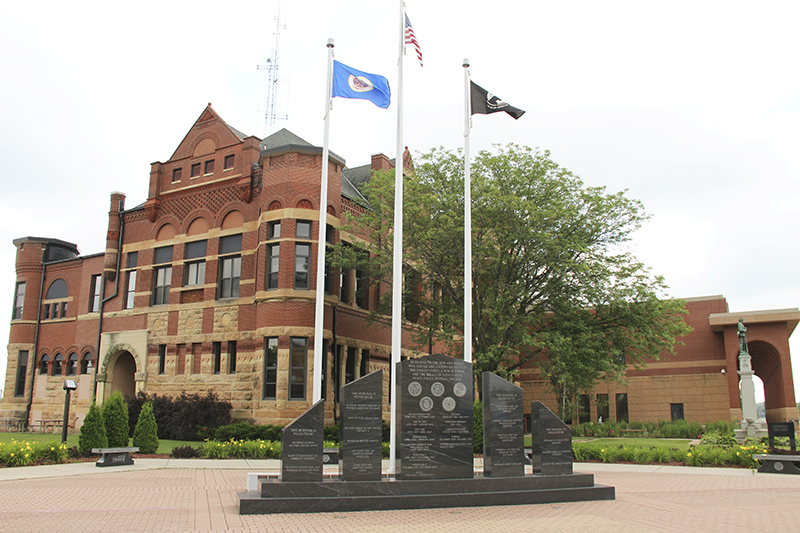 The Freeborn County Board of Commissioners on Tuesday approved a 2.9% increase in the tax levy for 2023.

The increase is smaller than what was passed in September at a 4% increase.

Freeborn County Administrator Candace Pesch said the total levy approved was about $26.67 million, a reduction of about $283,600 from what was passed in the fall.

The board voted to set Freeborn County Sheriff-elect Ryan Shea’s salary at $113,000, up from the minimum $110,000 salary the board passed in January and down from the $116,500 recommended by Shea at the board’s workshop last week. Shea in the workshop spoke about his experience with the Sheriff’s Office, what he will bring to the table with his knowledge and abilities and what sheriffs earn in other comparable counties.

First District Commissioner Brad Edwin said he looked at the $110,000 salary as a low figure for someone who wasn’t previously with the county or who didn’t have experience, and he said in looking at the criteria for the position, as well as the education and experience that Shea brought, he would instead recommend $115,000. That motion ultimately died for lack of a second.

The motion for $110,000 also failed 2-3, with commissioners Chris Shoff, John Forman and Edwin voting against and Herman and Belshan voting in favor.

Forman then motioned for a salary of $113,000, and the salary passed 4-1, with Shoff voting against.

Walker in the board’s workshop last week recommended an increase to $134,000, citing his experience and performance, duties and qualifications. He also referenced a comparison of county attorney salaries in 11 other counties that had a population within 5,000 of Freeborn County. The average salary was $134,090.

Shoff said he voted against both the county attorney and sheriff’s salaries that were approved because he said he thought what both Shea and Walker had asked for in the workshop was fair.

The commissioners voted 3-2 to leave their own salaries the same for 2023 at $23,795, with Shoff and Forman voting against.

Forman said the board cannot continue to let its salary slide when it is looking to attract good candidates and should consider incremental changes as they go along. He said the position is more of a time commitment than what people may think and needs to be rewarded to some extent, at least to keep up with inflation.

Shoff said he couldn’t support leaving the salary the same and noted that in the 1990s the county did away with per diems and instead raised the salary above what other counties that still had per diems were doing.

He said he was also recently reminded to “never treat the elected officials any better or worse than the rest of the employees and you shouldn’t have a problem.”

“We’ve treat elected officials worse, and we’ve had problems, so I can’t support this either,” he said.

The commissioners voted to table the decision on contracts with Freeborn County Auditor-Treasurer Pat Martinson and Recorder Kelly Hendrickson. The contracts are expected to be for four years.

Edwin and Belshan voiced concern about the length of the contracts as well as language in the contract that would require a vote by the entire board to remove the person from both positions.

The positions switched to being appointed instead of elected in 2020.