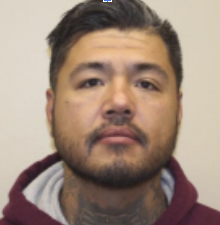 Richard Villarreal, 37, is living on the 1300 block of Academy Avenue and moved to the community Nov. 8.

Police said Villarreal has a history of engaging in sexual contact with known female children and teenagers. Contact included sexual touching and penetration.

Villarreal is described as being 5 feet 8 inches tall and 177 pounds. He has brown eyes and black hair.

He is a Level 3 offender, an offender with the highest likelihood of reoffending.