Luther John Linnes, 83, of Albert Lea, MN, passed away peacefully on Friday, November 18, 2022. A memorial service will be held on Monday, November 28, 2022, at 10 am at Bayview Freeborn Funeral Home. Pastor Shane Koepke will officiate. Burial will take place May 20, 2023, at Bethel Cemetery, Hoffman, MN. 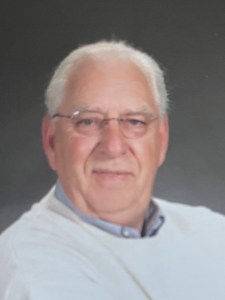 Luther was born on August 13, 1939, to Claude and Viola (Auslund) Linnes. He was raised in Hoffman, MN, where he met the love of his life. He married Marjorie (Nordquist) on May 30, 1959, and in 1964, they moved to Albert Lea where they raised their two children. Luther joined his brother in the car sales business for over 30 years before driving a school bus with the Albert Lea Bus Company until retirement. After retirement, he and Marj traveled through the United States. Wintering in Texas was a yearly tradition along with camping by Elbow Lake for several summers.

Luther enjoyed hunting, fishing, playing golf, and watching sports, especially the Vikings. He was known for his calm demeanor, but oftentimes could be found in deep conversation on a range of subjects. Luther was easy to talk to and never had a problem making a friend. His booming baritone voice was loud, but never angry and no matter how many times he repeated a story, it was worth it to listen every time.

Luther was preceded in death by his parents, his sister Vianne, and his brothers Adrian and Lowell. He is survived by loving wife, Marjorie, his two children, Lance (Sherry) Linnes and Mary (Larry) Tuohy, five grandchildren, thirteen great-grandchildren, and numerous cousins, nieces, and nephews.