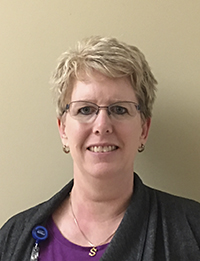 According to Yost, the American Academy of Pediatrics had a list of recommendations for infant safe sleeping, and in 1994 it was recommended that babies sleep on their backs. Over 10 years, the risk of Sudden Infant Death Syndrome fell 60%. Infant safe sleep consists of ABCs. The A stands for alone.

“You want to have your baby sleep alone, whether they’re napping or sleeping at night, that they be sleeping alone in their own location,” she said.

Co-sleeping was also discouraged, and Yost said there have been instances with people rolling over unintentionally on a baby. That could lead to them being wrapped up in blankets or being smothered.

The B is for back.

“Babies should always be put on their back to sleep whether it’s at night for a long sleep or it’s just a nap, even for 10 minutes,” she said.

And the C is for crib.

“Babies should always sleep or nap in their own safe environment whether it be a crib or a play yard or a bassinet,” she said. “And then while they’re in that area they should not have any lose bedding, no blankets, no bumper pads, no toys [or] pillows should be in their to help prevent them from being entangled in any of those or smothered by any of those objects,” she said.

She said babies should use approved cribs from the Consumer Product Safety Commission. Visit cpsc.gov/SafeSleep for more information.

Yost said babies should always sleep on their backs — never their stomach or side for risk of rolling over — on a firm surface in a safe and approved crib/bassinet or play yard. They also shouldn’t be propped up on their side unless prescribed by a medical provider and only when absolutely necessary.

Babies should not use blankets to keep warm, and she said parents who felt their baby should be kept warm should put extra, sleeping-approved clothes on a baby. They could also use wearable blankets.

Common parental mistakes included not taking everything out of a crib and leaving babies on their stomachs, but she admitted parenting was exhausting, especially in the first few months.