S. Darlene Winship, 90, of Albert Lea, MN passed away peacefully on November 16, 2022 at her home surrounded by family. Darlene was born April 12, 1932 in Prairie City, Iowa. Parents were Irma and Carl Nordschow. Darlene attended school in Decorah, Iowa until her senior year when she moved to Albert Lea, MN and graduated in 1950. She was married to Donald Winship from 1954 – 1966. She held an assortment of jobs in the Albert Lea area until 1969 when she returned to Decorah, Iowa to raise her family. She moved to Albert Lea, MN in 1980 and was employed by Freeborn County Human Services when she retired in 1995. 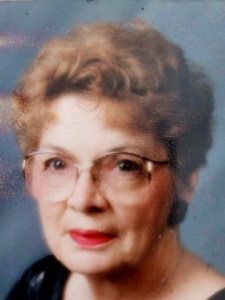 She remarried Donald Winship on January 4, 1991. She held a lifetime membership to the Naeve Hospital Auxiliary where she volunteered as treasurer, worked in the gift shop and the coffee kiosk. She enjoyed playing 500, Bridge, collecting recipes, stamping and making homemade cards. She joined the Elks Does in the 1950’s and Eagles 1991.

She was preceded in death by her parents; husband, Donald in 2008; brother Carleton Nordschow and sister-in-law Barbara Nordschow.

Her wish was met as she was accepted into the Body Donation Program at Mayo Clinic in Rochester, MN.

A graveside service will be held at a later date.

Darlene’s family would like to express their thanks and gratitude to the caregivers at St. Croix Hospice, Embrace Home Health and to other family and friends for their love and kindness provided to her.