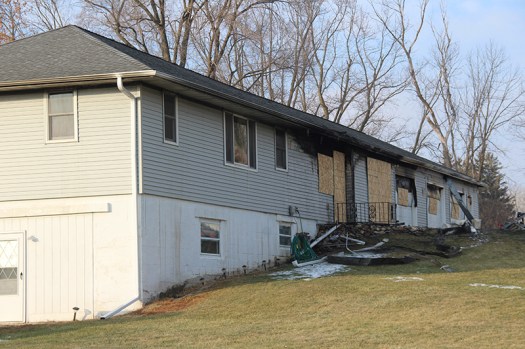 A home at 614 Krikava Road received major damage from a fire Wednesday night that started in the garage and then spread to the house. Sarah Stultz/Albert Lea Tribune 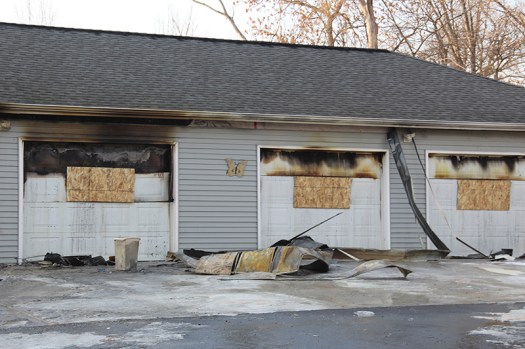 The fire reportedly started in the garage, according to authorities. Sarah Stultz/Albert Lea Tribune

Minor injuries were reported in a garage and house fire in rural Albert Lea Wednesday night, according to Albert Lea Fire Rescue.

Firefighters and deputies with the Freeborn County Sheriff’s Office were dispatched to a large garage on fire at 9:11 p.m. Dec. 7 at 614 Krikava Road.

According to a press release, when fire crews arrived they found the fire had extended from the four-stall garage into the garage attic space and attached home. The residents had evacuated the home, and fire crews rescued a cat from the blaze.

One homeowner sustained minor injuries to his face.

Glenville and Conger fire departments were called to assist with hauling water and fighting the fire. Crews were on the scene for about four hours extinguishing the fire and looking for hot spots.

The Minnesota State Fire Marshal Division is assisting with the investigation. The release stated the homeowner had been working on a vehicle in the garage when the vehicle started on fire. The fire spread to the rest of the garage and then the home.