Darlene Mae Engel, 87, of Glenville, passed away on Wednesday, December 14, 2022, at the Mayo Clinic in Rochester, MN. 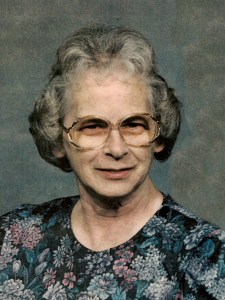 Born on July 2, 1935, she was the daughter of the late Harold Vincent Butler and Minnie Benhardine (Helm). On June 3, 1956, Darlene was united in marriage to Gene Engel. Together they shared more than 60 years and raised three children: Jeffrey, Patricia, and Timothy.

Darlene was an avid gardener; keeping both flower and vegetable gardens, from which she canned for her family yearly. She was very close with her family, especially her grandkids and insisted on hosting Christmas. Each and every year she was sure that the children were spoiled and were never left wanting for her delicious baked goods.

In addition to her parents, Darlene is preceded in death by her husband, Gene Engel; a son, Jeffery Engel; a son-in-law, Douglas Albright; a sister, Barbara Hanson; a brother, Earl Butler; a brother-in-law, Cleon Engel.

A memorial service was held on December 20, 2022, at Bonnerup Funeral & Cremation Services in Albert Lea. Inurnment is in Graceland Cemetery in Albert Lea.