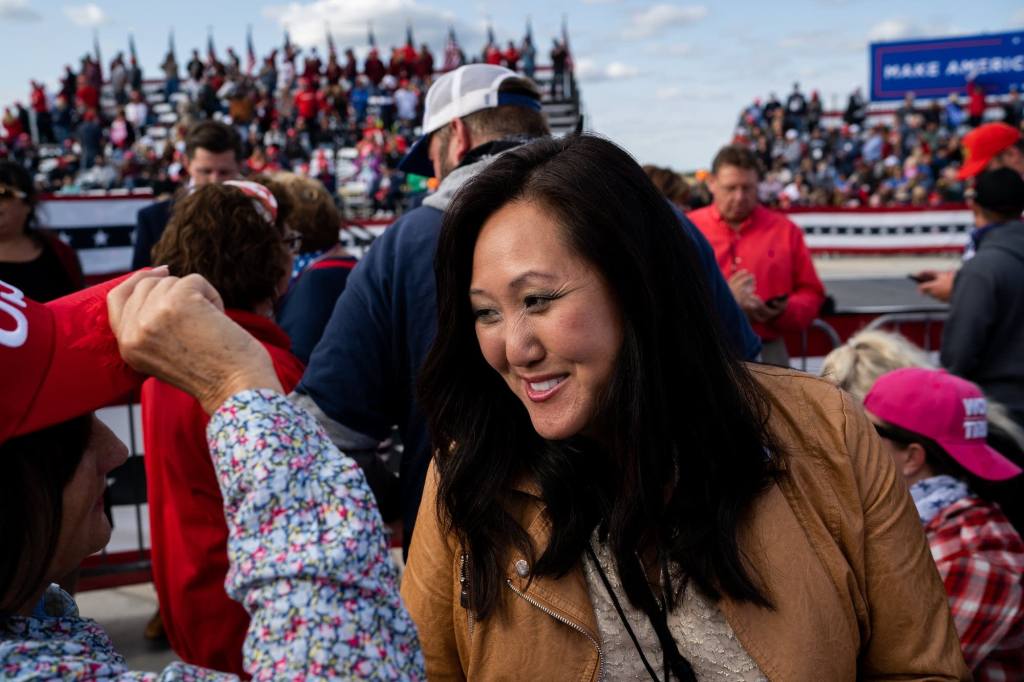 Former Minnesota Republican Party Chair Jennifer Carnahan sued the state party in relation to her ouster, claiming that her ability to gain new jobs in politics was damaged by remarks made by past colleagues.

Carnahan’s lawsuit filed Thursday in Hennepin County District Court alleges she was improperly disparaged in violation of a separation agreement she signed in August 2021. Carnahan resigned amid allegations of a hostile work environment and other internal troubles. She was paid about $38,000 when she stepped down.

The party immediately fired back with a countersuit that said Carnahan’s actions damaged the party’s reputation. The counteraction also criticized Carnahan’s association with a major operative and donor who is facing a raft of federal charges.

Carnahan declined comment when reached by phone. But her attorney, Matthew Schaap, said the exit contract was breached.

“A number of people who were involved with the party and bound by the agreement were on social media and in the public essentially saying negative things and disparaging Ms. Carnahan publicly, acting almost as though the contract didn’t exist,” Schaap said.

Since she stepped down, several party officials openly questioned Carnahan’s fiscal management, her leadership style and her association with a GOP donor who faces federal sex trafficking charges.

In a filing associated with her lawsuit, Carnahan disputes each and said she had no knowledge of Anton Lazzaro’s alleged conduct and hasn’t been interviewed by investigators.

Carnahan is seeking monetary damages in excess of $50,000, which is a standard amount listed in civil actions in Minnesota. She has kept a low profile since running unsuccessfully this spring for her late husband Jim Hagedorn’s congressional seat in southern Minnesota.

The legal action commenced in September but remained behind the scenes. There was back-and-forth between Carnahan’s side and people within the party, who last month lodged counterclaims.

The case became public when it was formally filed.

It sprang into the open just before a weekend gathering of Republicans in St. Cloud to pick leaders and dissect the election.

A party official, Executive Director Michael Lonergan, responded to Carnahan’s lawsuit by saying that the party “suffered significant damage as a result of Carnahan’s mismanagement and self-dealing.”

Lonergan added that while the party would prefer to avoid costly litigation, “it will vigorously defend itself against these meritless claims and pursue all available remedies.”

The case could linger for months and cause additional political headaches as both sides file paperwork in the leadup to a potential trial next year.