A Freeborn County District Court judge sentenced a Crystal man to 107 months in prison Tuesday who was found with over 200 grams of methamphetamine after a high-speed chase in August 2021 on Interstate 90. 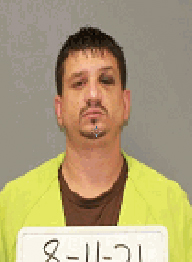 Charges of felony fleeing a peace officer in a motor vehicle, felony possession of a stun gun, two counts of third-degree gross misdemeanor DWI and one count of misdemeanor driving after revocation were dismissed.

Court documents state the chase reached speeds as high as 130 mph after a Minnesota State Patrol trooper received a complaint on Interstate 90 in Austin that a driver was reportedly crossing the center and fog lines at varying speeds. The plate number came back to a vehicle with an expired registration.

The trooper found the vehicle and witnessed it crossing the fog line two times, and then attempted to pull the vehicle over near mile marker 174 in Freeborn County. The vehicle began slowing down and pulling over briefly before accelerating rapidly.

Court documents state the vehicle reached speeds up to 134 mph and was damaged after running over stop sticks at mile marker 166 near the Oakland exit. The vehicle was completely disabled and came to a rest near mile marker 159, which is near the exit to the Interstate 35 interchange.

Authorities found an electric stun gun on the floor near where Ingram’s feet would have been. They also found a hidden compartment containing small bags of methamphetamine, totaling 203 grams, along with two glass pipes and a scale, court records state.

Ingram will receive credit for 314 days already served and will serve his time at the correctional facility in St. Cloud.