Mark J. Stuart, Jr.,  known as “Buddy” to friends and family, passed away December 5th, 2022 with his beloved wife, Karen Mathews Stuart, by his side. He is survived by his wife of 44 years, his adoring nieces and nephews, many honorary nieces and nephews, godchildren and his much loved dog Coach. He is predeceased by his father, Mark J. Stuart, mother, Kathleen Cornell Stuart, and brother Robert W. Stuart. He graduated from Canterbury School in 1956 and Georgetown University in 1960. In 1963, he joined the New York Stock Exchange, and at the time, he was the youngest male Member to own a seat. His Wall Street career included being a Partner and Floor Broker at Bear Stearns, a Specialist at Rothenberg Stuart Company, and later went on to become the Founder of Stuart Scotto Cella Company, where he worked until his retirement in 1997. Buddy had three great passions: his wife, his Cocker Spaniels, and golf. 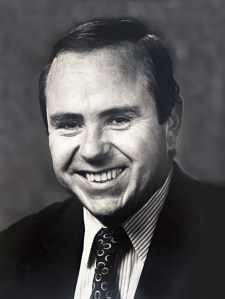 At the age of 12, he won his very first tournament. His skills only grew, and he went on to become the captain of Georgetown’s golf team and to qualify for seven US Amateur Championships. A career that filled his shelves with many tournament trophies that include: the NY Metropolitan Amateur Championships in 1965, the Walter Travis Memorial Tournament in 1971, and numerous others from National and golf clubs around the world. Two of his greatest accomplishments on the course would have to be an amazing 10 holes-in-one and Buddy is the only man to have captured the Winged Foot Club Championship six times (1960-1961-1963-1965-1973-1990).

Buddy is a member of Winged Foot Golf Club, National Golf Links of America, and Ballybunion Golf Club. His past memberships include Shoal Creek Club, Mountain Lake and Portmarnock. He was a proud member of the New York Law Enforcement Foundation.

Most of all what Buddy will be remembered for is his generosity, true and loyal friendships and the support and encouragement for all those he loved.

In lieu of flowers, please consider making a donation to the Mark “Buddy” J. Stuart, Jr. Golf Scholarship at Georgetown University (Go Hoyas!), the Humane Society of Westchester or a charity of your choice.