Visitation for Paul Daniel Hill will be held Thursday, December 22, 2022, from 5-7pm at Bayview Funeral Home in Albert Lea, MN. Funeral service will be 10am Friday, December 23, 2022, at First Presbyterian Church in Albert Lea, with visitation one hour before. Paul’s service will also be livestreamed though Bayview’s Facebook page for those not able to attend in person. 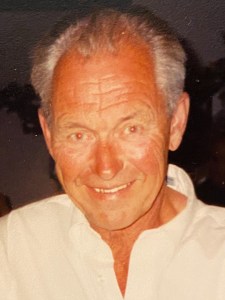 Paul Hill was born in Albert Lea September 21, 1941, son of C. Dan and Ethel (Highby) Hill passed away Friday December 16, 2022. A 1960 graduate of Albert Lea Senior High School (ALHS), Paul was an avid trumpet player under Cap Emmons, participating in the Swing Band and performing all over at local dance halls like the Golden Bubble and the Medina Ballroom. He also ran the half mile on the cinder tracks but working in the seasonal spring family business didn’t allow him to continue. After graduation Paul went to Mankato State before switching to Dunwoody. Soon thereafter, Paul enlisted in the Army National Guard and went to boot camp at Fort Jackson, S.C. He relished a cross country road trip to the 1964 World’s Fair in New York before returning to Minnesota. In 1965 he was one of three guardsmen accepted into the officer’s training at the Minnesota Military Academy. He was always interested in and passionate about WWII history.

Paul married Judith (Amundson), ALHS Class of 1964, on March 20, 1965, at First Presbyterian Church in Albert Lea. As the third generation Business Owner of Hill’s Gardens, Inc. – He worked hard to maintain the family tradition of growing. A jack of all trades; plumber, mechanic, electrician, he wore many hats which is how he built up the Hill’s Gardens we know today. Paul had little spare time to explore his hobbies, but he was passionate about all things with engines–trains, boats, planes, motorcycles, snowmobiles, and classic cars! A member of the RamRods Car Club in his younger years, his favorite car of all time was his 1958 Red Impala. After he’d built up a family, you’d often find him on Fountain Lake during the summer pulling his kids skiing behind his Chris-Craft jet boat. He was known as a “Ford guy” and had a love of Mustangs, owning four in his lifetime. He enjoyed riding his Harley Davidson motorcycle with his wife and friends and was often called out to be the ‘leader of the pack’ thanks to his love of map reading and route planning.

Hard working, loyal, soft hearted, dog whisperer, and all around sweet, tender-hearted soul to the end. We love him and miss him dearly.