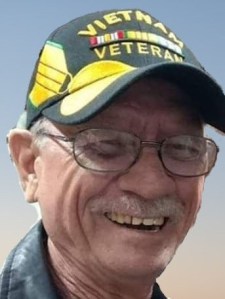 Born on August 26, 1946 in Albert Lea, he was a son of the late Roy and Hazel (Loge) Sickels. A veteran of the United States Army, Ron bravely served in during the Vietnam War. A member of the Albert Lea VFW Post #447 Honor Guard, Ron worked as a security guard at Diamond Jo Casino in Northwood, IA. Ron found joy in fishing, cheering on the Minnesota Vikings, and joy-riding around Fountain Lake.

In addition to his parents, Roy and Hazel Sickels, Ron is preceded in death by two brothers, Myron “Mike” Sickels and Tommy Thompson.

A Celebration of Life Gathering will be hosted by the family from 4-7:00PM on January 7, 2023 at Bleachers Sports Bar and Grill in Albert Lea.