Douglas C Jensen, 73, passed away at his home January 09, 2023. Douglas was born to parents Myrlin and Frieda (Kleinschrodt) Jensen on October 25, 1949 in Albert Lea, MN, where he lived out his life with his friends and family. After graduating from Albert Lea High in 1968, Doug pursued a few years of higher learning before meeting his wife Terry and marrying on June 1, 1973. Together Terry and Doug raised 2 daughters, Angie and Kris. Doug spent many years as a bartender in the area, spending some of his career at Diamond Joe’s and during the last few years worked for Hy-Vee in Albert Lea. 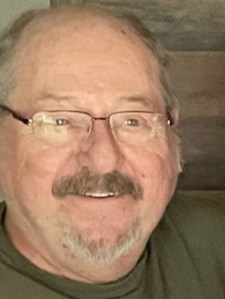 Douglas is remembered by his family as always trying to make you laugh with one of his jokes or stories and loved clowning around with you. He was an avid Minnesota sports fan and especially loved the Vikings. Douglas had many hobbies throughout his life; bowling since age 11 and holding the League Secretary position for many years in Albert Lea. His other hobbies leaned more towards learning for Douglas, having said “Everyday you don’t learn something is a day lost”; he worked on crossword puzzles almost daily, loved learning about history and geography, and enjoyed traveling. Douglas absolutely loved his grandchildren and his Yellow Labrador, Reece.

Douglas was preceded in death by his parents and one brother, Terrance Jensen.

Services to be held at a later date.