Is man charged in two stabbings competent to stand trial? 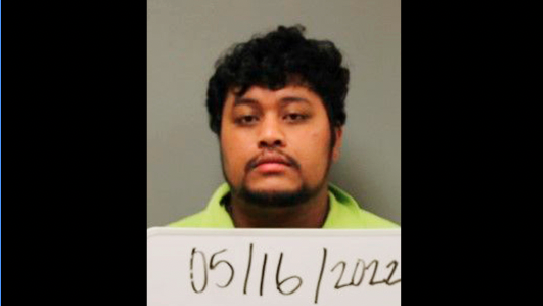 A Freeborn County District Court judge on Thursday approved a motion for a psychological evaluation of an Albert Lea man accused in two separate stabbing incidents in the last year.

Dan Donnelly, lawyer for CK Kyle Kasio, 27, said in court that after trying to meet with his client with an interpreter, he is not confident that Kasio is competent or able to consult with counsel and that at this point it was his belief that Kasio might have a mental illness or cognitive impairment.

Kasio is accused of stabbing three men as they slept in May in an apartment off of Main Street. More recently, he was charged with walking into another inmate’s cell in the Freeborn County jail in December and stabbing that man as he slept and then attempting to stab a second inmate.

In the May stabbing, two of the three victims were critically injured and flown by helicopter to St. Marys Hospital.

One of the victims told police he woke up to another victim being stabbed and then he got stabbed himself. As he tried to run away, he got stabbed in the back of his shoulder, court documents state.

In talking to police, one of the victims said he believed Kasio was on “ice,” a term used for methamphetamine.

During the jail incident, Kasio reportedly came into a cell while an inmate was sleeping and started punching him. After a few punches, he allegedly reached into the pocket of his jumpsuit, grabbed an orange Spork that had been sharpened and started stabbing him. Kasio then reportedly left the cell and went into the common area where he began striking a second inmate with a closed fist in the face and attempted to stab him as well.

Kasio reportedly stated he was upset that the inmate had taken his stuff and that he wanted to shave his beard and didn’t have his items to do so.

Judge Ross Leuning said the prosecution in both files is suspended depending on the outcome of the evaluation.

The evaluations will look at if Kasio is competent to stand trial and if he was competent at the time of the alleged offense because of mental illness or developmental disability.

Kasio will remain in custody pending the outcome of the testing. Once the results are available, he will be scheduled for a hearing.