Marilyn Lee Peters, 92, passed away peacefully on January 8, 2023 at Prairie Senior Cottages in Albert Lea, MN. Marilyn Lee (Anderson) Peters was born September 21, 1930 to Clarence and Edna (Turvold) Anderson of Northwood, IA. She was baptized and confirmed at First Lutheran Church in Northwood. Marilyn graduated Northwood High School in 1948 and of Waldorf College, Forest City, IA in 1950. Later, she received a Bachelor of Science from University of Minnesota and a Master’s from Mankato State University. She also studied for a summer session at the Institute of Copenhagen, Denmark. 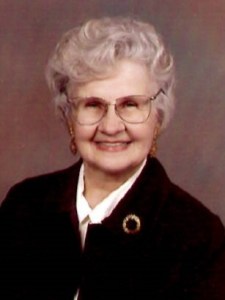 On October 21, 1951, Marilyn was married to Philip Peters. Four sons were born to them: Mark, Joel, Timothy, and Michael. Marilyn taught English and speech, and Special Education in schools at various locations. Marilyn and Phil served parishes in Kenyon, MN, Buffalo Center, IA, Miller and Joice, IA and Scarville, IA. Both Phil and Marilyn were employed at Waldorf College, Forest City, IA for a number of years in Development Offices. In 1993, Marilyn received her Associate in Ministry certification from the Evangelical Lutheran Church in America. In 1995, after retiring from Waldorf College, they moved to Albert Lea and she and Phil began a series of interim ministries, the last being at First Lutheran Church in Albert Lea.

She was the substitute pastor for many churches in southern Minnesota and northern Iowa for many years. While working in Church Relations at Waldorf College, she doubled the sponsorship of Lutheran churches for Waldorf College. Marilyn also loved the theater arts. She attended Broadway shows while visiting her son in New York and participated in many local plays. She loved to sing, act, and played many musical instruments.

A funeral service will be held on Thursday, January 12, 2023 at 11:30 AM at First Lutheran Church, Albert Lea, MN; Pastor Joy Knoppel will officiate. Marilyn’s family will receive friends at a visitation one hour prior to the service at the church. Interment will be at Hillcrest Cemetery, Albert Lea, MN.