Mrs. Jean Behrends Rotegard, Presbyterian Elder, wife, mother, and extensive volunteer, left this life on Monday, April 17, 2006, at the age of 90. For the last 13 years, Jean was a resident in Lakeland, Fla., at Florida Presbyterian Homes.

Jean was born, Jean Behrends, in Alexandria, Minn., on March. 13, 1916, to William and Avis Behrends. She was raised in Albert Lea and attended the University of Minnesota for two years. She continued her education, graduating from the Peppin School of Design. This opened an opportunity for her to go to New York to work for Arnold Constable. Her next move was to Minneapolis as an assistant buyer at Daytons Department Store.

She married Karl Rotegard on Dec. 27, 1939, at her family home and they resided in Reading, Pa. She lived in Hollywood, Fla. and worked as a draftsman while Karl served in the military during WWII. She designed a portable gas stove for the US Military and volunteered as a USO hostess.

After the war, they moved to Boston, Mass., while Karl attended graduate school. Karen, their first daughter was born in Waltham, Mass., in 1947.

This was the start of their &8220;gypsy years&8221; as she moved with Karl in his work with Gulf Oil Corporation. They lived in Fort Worth, Texas, where daughters, Kathy and Julie were born. They also lived in Amarillo, Houston, Pittsburgh, Toronto, Kansas City and Coral Gables. During these years, she was wife, mother, artist, house buyer/seller, bridge player, golfer and volunteer extraordinaire. While in Kansas City, she played an instrumental role in a Head Start program in the mid-1960’s teaching preschool children.

She was installed as an Elder in the Presbyterian Church during her years in Coral Gables and sang tenor in the Church choir. She served as a docent with the Lowe Museum at the University of Miami. Also during that time she graduated with a BS in Industrial Technology from FIU on Dec. 17, 1977.

She and Karl moved to Lakeland, Fla. and the Florida Presbyterian Homes community in April of 1993 where she continued her service to family, friends and the Lord. She and Karl were married for 54 years until, his passing in 1993. She was active as an advisor and alumnus with Alpha Omicron Pi Fraternity. She mentored students at Dixieland Elementary School and coached youth golf at Cleveland Heights Golf Course. 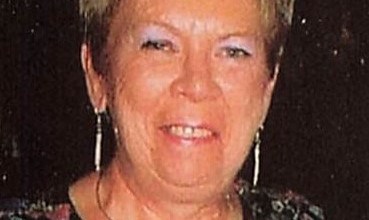