COLUMN: 2010 and the Minnesota Twins

If you would ask most Twins’ fans what they thought of the team’s play to date, you would get a negative response. That the starting pitching with two exceptions, has been lousy.
That sounds reasonable, so let’s take a look at the starting pitching culprits. Last year Scott Baker, Kevin  Slowey and Nick Blackburn had ERAs of 4.7. 4.86 and 4.03, respectively. This year, their ERAs are 5.00, 4.76 and Blackburn’s 6.66. The figures are a little bit of a surprise. Baker’s ERA is not that much worse than last year’s and Slowey’s is actually slightly better. Only Blackburn has been really clubbed around giving up almost two more runs per nine innings. Bill Smith and Gardenhire have addressed the problem, demoting Blackburn to the bullpen and summoning last year’s stretch drive hero Brian Duensing from the bullpen to take his place. 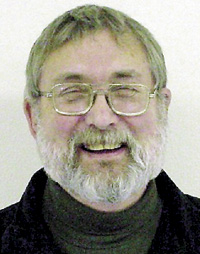 Why then is there a wide spread opinion that the Twins’ starting pitching is weak? Perhaps it’s that our perception right from the start of spring training was that the team needed an ace. A dominant pitcher with great stuff. The concern grew as Baker, Slowey and Blackburn failed to consistently pitch well.
However, starting pitching may be OK even without a trade for a starting pitcher. Liriano may be on the cusp of being a dominant pitcher and Carl Pavano has provided a Whitey Ford type of heady pitching and has been a stopper these past few weeks. I wouldn’t be afraid to send Pavano out there to pitch in a decisive playoff game. Be that as it may, it would still be nice to see the Twins trade for a good starting pitcher and you can throw in a right-handed bat coming off the bench also.
All right, assuming the starting pitching is not that bad, why aren’t the Twins in first place? Let me try to answer that question in part by statistics. Last year, Joe Mauer had a Hall of Fame year. He hit .365 last year, this year he is at .295. He has become not a superstar, but just a very good player grounding into double plays and having an on base percentage of .365 rather than last year’s .444. He has fallen into the ranks of good, not great. That means that Joe has gone from being on base nearly half the time for Justin Morneau to drive him in to somewhat more than third of the time. This has hurt the Twins. Lead off hitter Denard Span has gone from a batting average of .311 to .270 with an OBP of .343 compared to last year’s .392. There are other examples, such as Jason Kubel, but here are two problems weighing heavily on the Twins.
On the positive side, the Twins are getting much more production from second base in Orlando Hudson, and Delmon Young is hitting the cover off the ball, carrying the team through July. Another positive, noted by blogger Aaron Gleeman, is that since starting the season with a bases loaded 7 for 24, the Twins are now 24 for 60 (.400). All this is encouraging and given the Twins rash of injuries to Hudson, Hardy and Morneau, the team has not done badly.
Last year the team’s batting average was .274, this year to date, it is .278. Last year, the team’s ERA was 4.5. This year so far, it is 4.07. The pitching stats include the relievers, but it is still quite respectable and ranks seventh of the American League’s 14 teams.
We may have expected more from the Twins given their great start, but if the team gets Morneau back, Mauer starts hitting and we can keep Hardy and Hudson on the field, things still look good for the team finishing first in the Central Division.