Larson gets change of venue request

Freeborn County District Court Judge Steve Schwab on Tuesday approved a change of venue request in the upcoming jury trial for Ashton Larson.
Larson is one of two young women charged as an adult with alleged abuse of residents at Good Samaritan Society of Albert Lea.
In June, Schwab approved a change of venue for co-defendant Brianna Broitzman. Broitzman’s trial will begin Aug. 23 in Olmsted County.
Larson’s trial date and location have not yet been determined. 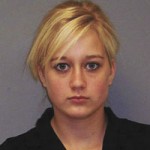 Schwab said the case could not receive a fair trial in Freeborn County or the nearby counties of Faribault, Waseca, Steele or Mower counties. It will be moved to Olmsted, Rice, Wabasha or Winona county.
Court administrators will contact the various counties to see which has availabilities.
Prior to the order, Larson’s trial had been slated for Aug. 16.
The young woman faces two counts of fifth-degree assault, five counts of criminal abuse of a vulnerable adult, two counts of disorderly conduct and one count of mandatory failure to report.
Court records allege the abuse of residents took place at the facility from January through May 2008.
Larson and Broitzman have been charged as adults, while four others have been charged as juveniles with failure to report the alleged abuse because they were under 18 at the time it happened.