The memorial service for Orlan L. Frazier Jr., of Albert Lea, will be held at 2 p.m. on Tuesday at Bonnerup Funeral Service in Albert Lea. The Rev. Erich Hoeft will officiate. Interment will be in Somber Cemetery, in rural Lake Mills. 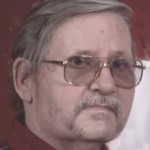 He had worked for Pat’s Mobile Lunch and then in 1976, Orlan moved back to California where he worked in a lawn mower shop.

In 1981 he returned to Albert Lea and worked in Wells and then at Land-O-Lakes/Schweigert.

He was preceded in death by his parents and brother-in-law Dan Frederick.