Funeral services for Robert Charles Parry, 51, of Albert Lea will be held at 1 p.m. Saturday at Calvary Baptist Church. The Mark Miller will officiate. Interment will be at the Graceland Cemetery. Visitation will be from 5 to 8 p.m. Friday at Bayview/Freeborn Funeral Home and one hour prior to the service at the church. To sign the guest book, go to www.bayviewfuneral.com. 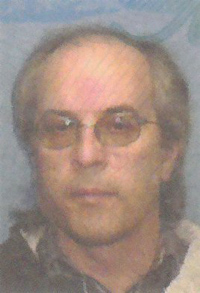 Bob passed away Tuesday, July 27, 2010, at St. Marys Hospital in Rochester.
Robert Charles Parry was born on Feb. 27, 1959, at Naeve Hospital in Albert Lea to Thomas and Ruth (Siglowski) Parry. Bob graduated from Albert Lea High School in 1977. He was united in marriage to Brenda Seedorf on Oct. 6, 1989, in Sioux Falls, S.D. They have two sons, Zachariah and Isaiah. Bob was currently a kitchen designer at Home Depot and previously worked at UBC, BBC and Steven’s Window and Hardware. Bob loved cooking for his family and experimenting with new recipes. He also loved sports, gardening, woodworking and computers and had good taste in music. Most of all, Bob loved spending time with his family.
Survivors include his wife, Brenda; sons: Zac (Natasha Doll), and Isaiah; granddaughter, Andilynn Dakota Langfald; sisters: Kathy Mielke of Eagle Lake, Jeanette (Ron) Parker of Champlin, Marge Doyle and Connie Parry both of Albert Lea; brothers: James (Faye) Parry of Tuscon, Ariz., and Terry Parry of Owatonna.
Bob was preceded in death by his parents Thomas and Ruth Parry; sister, Patricia O’Hara and brother, Thomas Parry.
Bob left his loving family earlier than they would have liked and he will be deeply missed each and every day.