Weddings are stressful for parents as well

“I’ve had fun before. This ain’t it.”
My neighbor Ish McNish says that a lot. He’s a good man with a passel of kids. No one, not even the Census Bureau, has been able to get an accurate account as to their number.
I talked to Ish the other day. He looked as tired as an 18-wheeler. He told me that he’d been up all night pulling a car out of Lake Pothole. That’s a name the locals have given to a persistent, bottomless pothole that hangs out in the middle of a rural road. 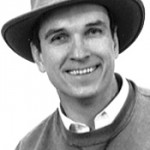 “The fellow wasn’t very nice when I told him it was $100 to pull his car out, but he didn’t have much choice,” said Ish.
“He wasn’t the least bit grateful?” I asked.
“He barked at me, ‘I don’t know how you sleep at night.’ I told him that I don’t get much sleep at night. I spend nights pouring water into the pothole. I have to make some money. I have a wedding in the family. They don’t come cheap.”
“Oh, is your boy Ignatz walking down the aisle?” I wondered aloud.
“Nope. I don’t see that happening soon. He went with Hank R. Schiff’s daughter since they were sophomores in high school. They’ve been engaged for a couple of years, but she broke it off. She told Ignatz that her feelings for him had changed. She didn’t give his ring back.”
“Poor Ignatz. Why didn’t she give him the ring back?” I asked.
“She said her feelings for the ring hadn’t changed. She probably would have wanted to get married on his bowling night anyway. No, it’s not Ignatz who is getting hitched. My daughter Ibernia is tying the knot. She is marrying Blue Gil’s son, Catfish. Catfish is a good boy, but I think he slept on his brain wrong. It’s numb. Not the handsomest of men. When he was born, I don’t know how the doctor knew which end to slap. He’s so skinny, he has to run around a shower in order to get wet. He’s so short, you can see his feet on his driver’s license photo. But he’ll be welcomed into my family if he makes Ibernia happy. The Missus hired one of those wedding planners. Her name is Marian Haste. Her job is to give us all delusions of adequacy. I think the only planning being done is how to spend the money I don’t have. You wouldn’t believe what I am supposed to spend my hard-earned and hard-borrowed cash for. First, Marian and the Missus told me that we had to rent some fancy hall to hold the reception and wedding supper. I told them to forget that. They think I’m richer than clabbered cream. I have a nice, big machine shed that is made for wedding receptions and the price is in the ballpark for me. They agreed to go with the shed, but they nixed my idea to have the wedding supper be a potluck. I have to hire a caterer.”
“Too bad. A potluck was a great idea,” I agreed. “The shed will be perfect. A wedding needs a setting. It’s like G.K. Chesterton said, ‘The essence of every picture is the frame.’”
“I wish I had the time to ask what you’re talking about, but I don’t. Even eliminating the cost of a hall, I still have to come up with mountains of moola. I’m so broke that I can’t pay attention. When I saw the list of things I had to pay for, I fell over like a relative at an open bar. I have to give something nice to the church, to the pastor, the organist, the soloist and pay Mel O’Mood, who will provide the music at the dance. Mel doesn’t even have a band. He’s a DJ. I miss the old days when Gerald Gherkin and the Pickles played at every wedding dance.”
“I came across one of their eight-track tapes while looking for a shoehorn in a junk drawer,” I added.
“Everybody has their hands out. They all want money. I’m spending enough to make Einstein count on his fingers. Every time something is added, it’s subtracted from my bank account. They think that making money is as easy as 3.14159265358979323846264338327950288419716. It’s enough to depress a hyena. This morning, the Missus and Marian Haste caught me before I could find a good hiding place and said that because many people would be spending time outside, I should buy something for the mosquitoes. Have you ever heard of anything so stupid? It was bad enough that I have to buy something nice for the church, the pastor, the organist, and the soloist, but now I have to buy something nice for the mosquitoes!”