A celebration of service 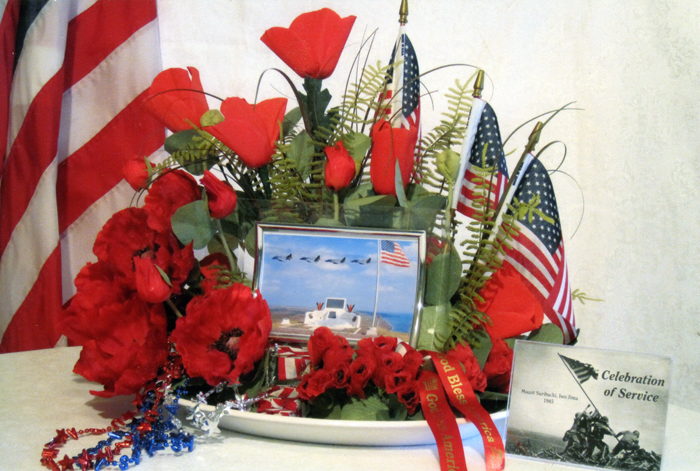 Louise Attig made this centerpiece. “A Celebration of Service: 90 Years of Serving Veterans, Children and Communities” was the theme for the American Legion Department Convention, held in Rochester July 22 to 24. The winning centerpiece was entered by Glenville American Legion Auxiliary No. 264. There was joy when president, Cindy Nelson, called saying the local auxiliary had won. For our theme the auxiliary chose the U.S. Marines raising the flag on Iwo Jima in 145, because the sacrifice was so great. The winning proceeds went to the USO for purchasing calling cards for soldiers. The Glenville Auxiliary would like to thank all the people’s minds and little fingers that contributed to the win. The centerpiece is on display at the Glenville American Legion. Those in attendance were Cindy Nelson, Sandy Fredrickson and Arlene Hajek. Another highlight is Sandy Fredrickson will be this year’s 2010-11 membership chairwoman. -- Submitted photo