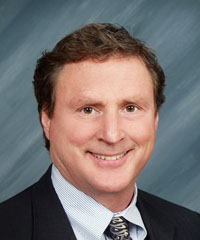 The Albert Lea City Council briefly reviewed the allegations during a special meeting Monday. The nature of the allegations is concerning the use of the city credit card during Norman’s relocation to Albert Lea.

Norman said he had an employment agreement that allowed for expenses for travel and relocation but said he and the council members have been advised not to comment otherwise.

The 5 p.m. Monday meeting was originally scheduled to be closed, but Norman said he opened it because he believes in transparency.

During the meeting, the council hired Frank Madden with Frank Madden & Associates out of Plymouth to oversee the case.

“We are awaiting the completion of pending investigation before any further action, if any, can be taken,” Madden said.

He noted the state auditor’s office is involved with the inquiry.

Norman began part time as city manager April 12, when he began splitting his time between Albert Lea and Afton, where he was formerly the interim city administrator.

He began full time in Albert Lea May 3.

He has been a city manager for over 16 years and worked in the public sector for 22 years.